Hyderabad woman given triple talaq by husband for having 'crooked teeth'

Begum married Mustafa on June 27, 2019. According to the police, on October 31, a case was registered against Mustafa under section 498 A of the Indian Penal Code (IPC), Dowry Act and Triple Talaq act. Further investigation is underway. 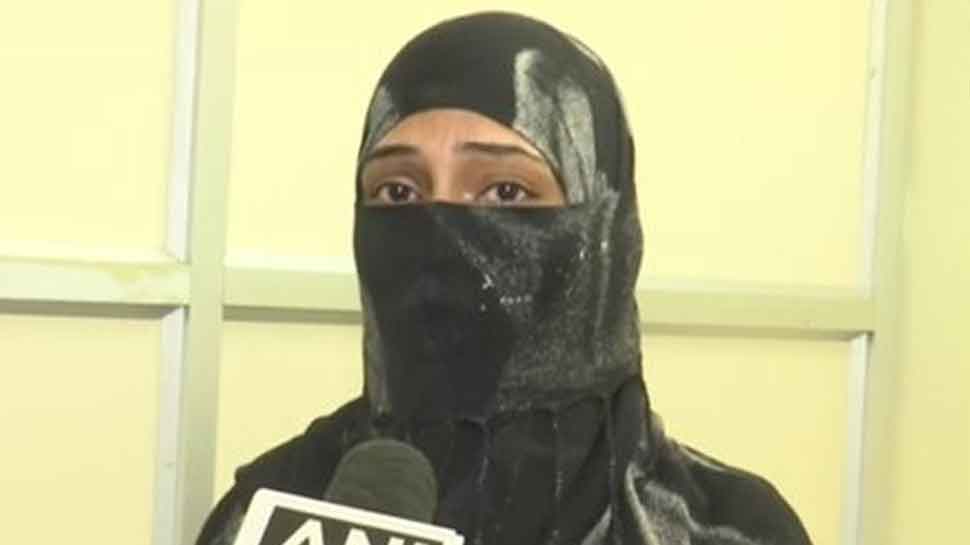 Hyderabad: Hyderabad Police registered a case against a man here for allegedly giving triple talaq to his wife for having crooked teeth. Rukhsana Begum has alleged that her husband Mustafa and in-laws demanded dowry and in the lieu harassed her.

Begum married Mustafa on June 27, 2019. According to the police, on October 31, a case was registered against Mustafa under section 498 A of the Indian Penal Code (IPC), Dowry Act and Triple Talaq act. Further investigation is underway.

Circle Inspector Kushaiguda, K Chandra Shekar told ANI, "We have received a complaint from Begum accusing her husband of pronouncing triple talaq as she has crooked teeth and harassing her for extra dowry."

"At the time of our marriage Mustafa and his family had demanded so many things and my family fulfilled their demands. After our marriage, my husband and in-laws started harassing me to bring more gold and money from my home. Mustafa even took a bike from my brother," said Begum narrating her ordeal.

"They used to torture me regularly and finally Mustafa said that he does not like me because of my crooked teeth and that he did not want to live with me anymore. My in-laws locked me inside their house for 10 to 15 days," she added.

Begum further asserted that later when she fell ill, Mustafa and her in-laws sent her to her parents' place."I filed a complaint with the local police and my in-laws and Mustafa agreed to compromise. They said that they will take me back to their place. But on October 1, Mustafa came to my place and said that he would not take me back with him. He abused my parents and pronounced triple talaq," said Begum.

Begum stated that on October 12, she tried to contact Mustafa, when he again pronounced triple talaq on the phone. "On October 26 I lodged a complaint with the local police, against my husband and in-laws for pronouncing triple talaq and demanding dowry. Police have registered a case against them. I want justice in my case," said Begum.

Five injured after car gets damaged by landslide in Visakhapatnam