Shutdown in Andhra Pradesh over demand for special status 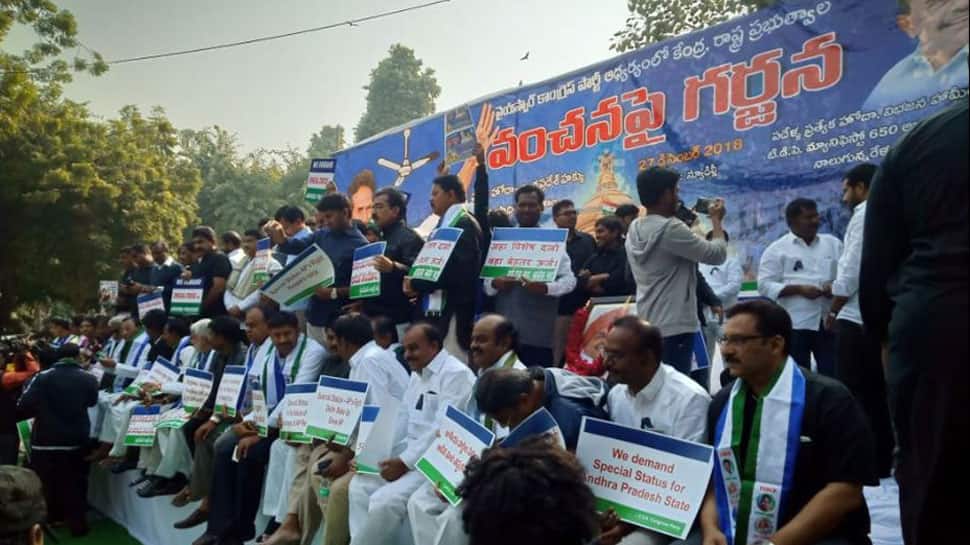 Amaravati: Normal life was paralysed across Andhra Pradesh on Friday due to a day-long shutdown called over demands for a special category status to the state.

PHSS chairman Chalasani Srinivas said on the day when the Union Budget was being presented in Parliament, the shutdown was called to draw the nation's attention towards the plight of Andhra Pradesh due to the Centre not fulfilling the promise to accord special category status.

Srinivas along with state Congress chief Raghuveera Reddy and leaders of Communist Party of India (CPI) took part in a protest outside the Jawaharlal Nehru Bus Stand in Vijayawada. Left parties and student groups staged a protest in Visakhapatnam. Demonstrations were also held in Guntur, Rajahmundry, Tirupati, Kurnool, Anantapur and other towns.

Government Employees Association has also appealed to the employees to wear black badges while attending their duties. Andhra Pradesh Lorry Owners Association, management of private schools and colleges were also extending support to the shutdown.

Following the bifurcation of Andhra Pradesh to carve out Telangana in 2014, then Prime Minister Manmohan Singh had announced in Parliament that residual state of Andhra Pradesh would be accorded the special category status.

TDP pulled out of BJP-led NDA government at the Centre last year after the latter ruled out special status.

Chandrababu Naidu, who has also accused Modi government of going back on commitments made in Andhra Pradesh Reorganisation Act 2014, will be staging a protest in New Delhi on February 11.