The first-of-its-kind robot which is at present stationed at Maharanipeta police station can receive complaints through voice recording or keying in the details on a laptop attached to it. 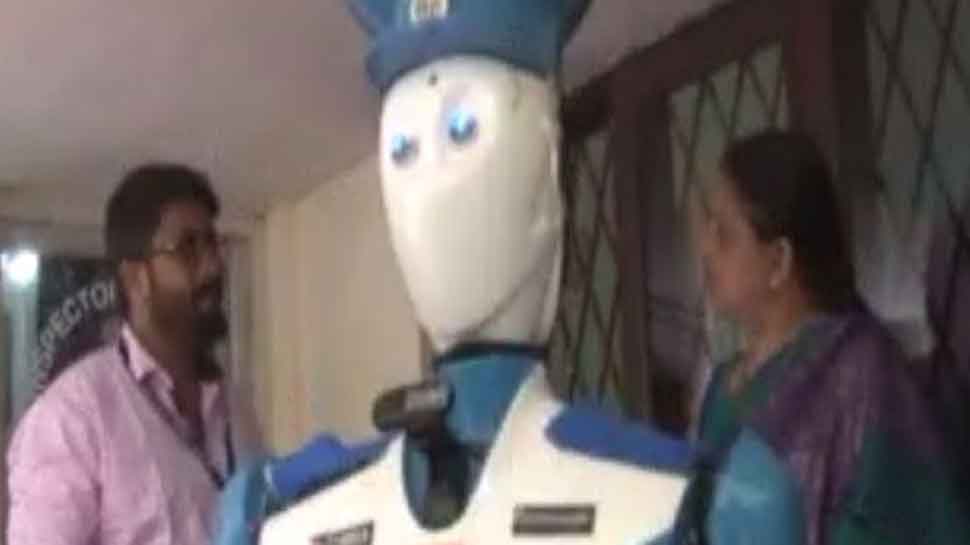 Visakhapatnam: Andhra Pradesh Police have launched India's first-ever Robot in Visakhapatnam. It will take a complaint automatically through voice or manually.

A start-up company Robo Coupler Private Limited has designed a robot 'CYBIRA' (cybersecurity interactive robotic agent) for registering and disposing of complaints at the police stations in an effective manner.

The first-of-its-kind robot which is at present stationed at Maharanipeta police station can receive complaints through voice recording or keying in the details on a laptop attached to it.

Total of 138 applications installed with the e-governance system. If the complaint not solved it will automatically send messages to higher officials every 24 hours. Total of 13 cameras installed in this robot. It means 360 degrees video captured 24/7 surrounding area's. If any police old criminal identified, Robot will send messages to the control room about him.

The new facility was launched by the Commissioner of Police R K Meena here on Monday.

The CP was accompanied by the DCP (Zone I) S Ranga Reddy, CEO of the start-up company Praveen Malla, among others at the police station. According to Praveen Malla, once the complaint is registered, CYBIRA will deliver an acknowledgment to the respective complainant and investigating officer to resolve the issue within 24 hours.

"Each complaint will have a deadline of maximum three days to get resolved," he informed.

Coach of Kerala Express derails in Andhra Pradesh, none injured