"Entry & exit gates at all stations have been opened. Normal services have resumed in all stations," the Delhi Metro Rail Corporation announed taking to micro-blogging site Twitter. 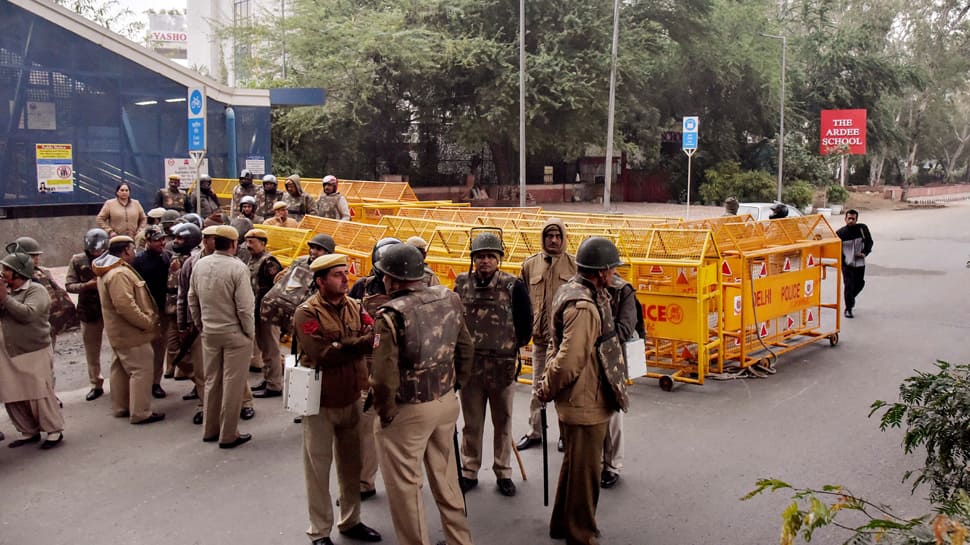 The entry and exit gates of all the Delhi metro stations were opened on Wednesday and normal services resumed, hours after restrictions were imposed in the wake of the protests against the Citizenship Amendment Act in northeast Delhi's Jaffrabad and Seelampur. "Entry & exit gates at all stations have been opened. Normal services have resumed in all stations," the Delhi Metro Rail Corporation announed taking to micro-blogging site Twitter.

Earlier in the morning, the Delhi Metro had shut the gates of two stations as a precautionary measure. The two stations were--Jaffrabad and Maujpur-Babarpur stations where the entry an exit gates were closed. Both the stations come under Delhi's Pink Line. "Entry & exit gates of Jaffrabad and Maujpur - Babarpur stations are closed. However, interchange facility to continue towards Shiv Vihar is available at Maujpur. Normal service on all other stations and lines," the DMRC had tweeted.

The Delhi Police on Wednesday arrested six people in connection with the violence in Seelampur area on Tuesday. The arrests were made on Wednesday morning. Raids are also being conducted to apprehend some other people who have also been identified. The violence over the Citizenship Amendment Act (CAA) in Seelampur and Jafrabad area of northeast Delhi left 21 people, including 12 policemen and and three from the Rapid Action Force (RAF), injured.

Some miscreants attacked a school bus, pelted stones and targeted the passers-by in the area. The angry mob also pelted stones at the northeast Delhi DCP office, set ablaze the vehicles in the parking lot of Jafrabad police station, two police booths and three other vehicles. With the situation taking a turn for the worse, the police rushed five additional companies to the spot to help control the violence. A total of 14 companies were deployed along with senior officers and local staff to control the mobs.

Protesters had gathered around 1.15 pm in Jafrabad area and marched towards Seelampur. The police had to fire tear gas shells to control the situation. The vehicular movement on the 66-feet road, which connects Seelampur with Jafrabad, was also closed due to the violent clashes.