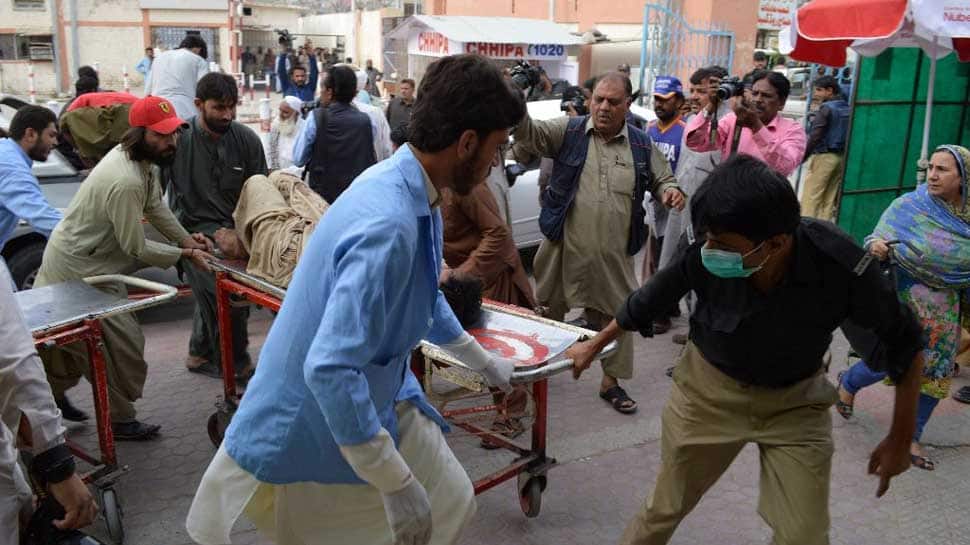 PAKISTAN: At least five people died and around 25 people were wounded when gunmen blasted their way into a police station in southwestern Pakistan on Tuesday while candidates were sitting for a police entrance exam, officials said.

Initial reports said a group of four gunmen detonated a grenade at the entrance of the deputy police inspector`s office in Loralai district in Balochistan, a volatile southern province which has seen a string of militant attacks.

They then opened fire on police and candidates taking an exam to join the force, killing four police and one of the candidates. "Army, Frontier Corps and police are conducting search operations in the area," said Ataullah, a senior police officer.

Fahim Otmankhail, a doctor at the district hospital, said five bodies and 25 wounded had been brought in so far. The Pakistani Taliban, also known as Tehrik-i Taliban Pakistan or TTP and which is separate from the Afghan Taliban, claimed responsibility.

Militant violence in Pakistan has fallen sharply from the levels seen a decade ago, but incidents still occur periodically in Balochistan, Pakistan`s largest and poorest province which is at the centre of the strategic China Pakistan Economic Corridor (CPEC) infrastructure development project.