Several rebel groups have said they were freezing talks on planned peace negotiations with the Syrian government, citing "major violations" by the government forces to an ongoing ceasefire. 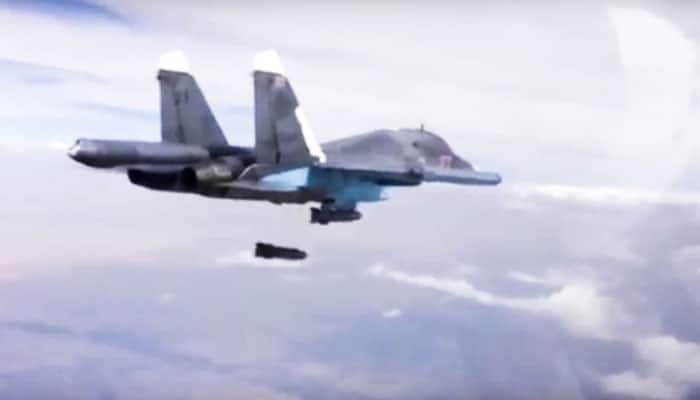 Damascus: Several rebel groups have said they were freezing talks on planned peace negotiations with the Syrian government, citing "major violations" by the government forces to an ongoing ceasefire.

The rebels on Monday said they were freezing talks on the peace negotiations that were planned to take place soon in Kazakhstan capital Astana, Xinhua news agency reported.

They claimed it was a response to the "major violations" by the government forces to the ceasefire that was reached in an agreement under the shepherd of Russia and Turkey.

"Due to the worsening situation and the continuation of the violations, the (rebel) factions declare freezing any talks related to the Astana negotiations... until the full implementation of the cease-fire deal," a statement from the rebels said.

They called it repeated violations by the government forces, including the escalation of military offensives on the rebel-held town of Wadi Barada in Damascus, and Rastan area in the central province of Homs.

The Syrian government refused to acknowledge its attacks as breaches to the ceasefire, saying it was fighting the Nusra Front and the Islamic State militant group, both excluded from the ceasefire as both have been designated as terrorist organisations by the UN.

Moreover, for the government forces, Wadi Barada is controlled by the Jabhat Fateh al-Sham, previously known as the Al Qaeda-linked Nusra Front, which has already been excluded from the truce.

The rebels in Wadi Barada has cut off the main water supply line into Damascus since December 22, leaving the government with few options to restore the water source in that area, which feeds the capital's over five million inhabitants.

The ceasefire went into force at midnight on Friday, with opposition activists saying it was still holding on Monday, despite the "breaches".

The recent ceasefire is the third in Syria after two previous failing ones.

The first was reached last February, which lasted for three months before collapsing, and the second one was established in September, which was observed for only a week.

Even when the "don't knows" are removed altogether the poll revealed support for Scotland leaving Britain was 45.5 per cent, virtually the same result of the first independence referendum in 2014. In that vote the majority 54.5 per cent voting stay, meant that Scotland continued as part of Britain.

Sturgeon's Scottish Nationalist Party (SNP) responded to the new poll, saying its focus is to protect Scots from the impact of a hard Brexit.

"Given that Scotland has gone to the polls on no less than five occasions in the past two-and-a-half years it is perhaps unsurprising that our latest poll shows a clear majority of Scots are against another independence referendum being held within the next year," Michael Turner, head of polling at BMG Research, said.

He said the results showed Scotland remains as divided as it has been in recent years, with support for independence strongest among the young.

Just over 50 per cent of those aged between 16 and 34 favour compared to just 25 per cent, of independence supporters aged 65.

Labour's shadow Scottish Secretary Dave Anderson said the EU referendum result should not be used as a mandate for another referendum on Scottish independence.

The Scottish Conservative's John Lamont said the poll results were another clear message to the SNP to ditch its plans for another referendum.

"The decision was made in 2014, and the public has no appetite to revisit it," he said.