Assam government has released the final National Register of Citizens list on its official portal nrcassam.nic.in.

Assam government has released the final National Register of Citizens list on its official portal nrcassam.nic.in with the names of 3.3 crore applicants. The state had published the final NRC list on August 31 with 3,11,21,004 names who were found eligible for inclusion in final NRC, leaving out over 19 lakh persons including those who did not submit their claims. 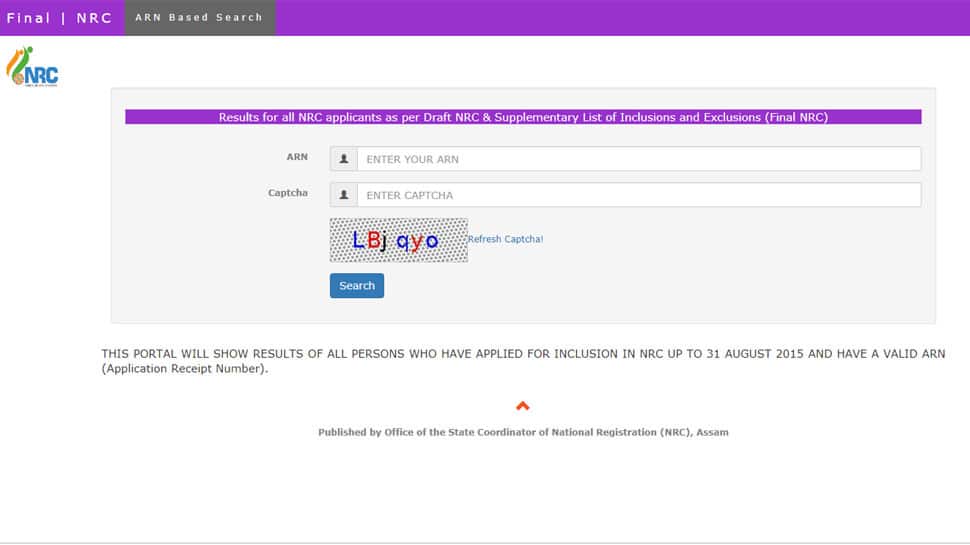 The list is aimed at segregating Indian citizens living in Assam from those who had illegally entered the state from Bangladesh after 1971.

"A total of 3,11,21,004 persons are found eligible for inclusion in final NRC, leaving out 19,06,657 persons, including those who did not submit their claims," Hajela said in a statement.He said those who are not satisfied with the outcome of the claims can appeal before the Foreigners Tribunals," the NRC Coordinator Prateek Hajela said earlier.

"Any person who is not satisfied with the outcome of the claims and objections can file an appeal before the foreigners` tribunals," Hajela had said in a release.

Those excluded have 120 days to prove their citizenship at hundreds of regional quasi-judicial bodies known as foreigner’s tribunals. If ruled to be illegal immigrants there, they can appeal to higher courts.

"Adequate judicial process available for affected persons to appeal to Foreigners` Tribunal within 120 days from August 8. To facilitate appeal, 200 new FTs to be functional from today, in addition to 100 already existing," a tweet from the Ministry of Home Affairs read.