Santiuse Kujur, a former Rajya Sabha MP, had resigned from the Congress party on Saturday. 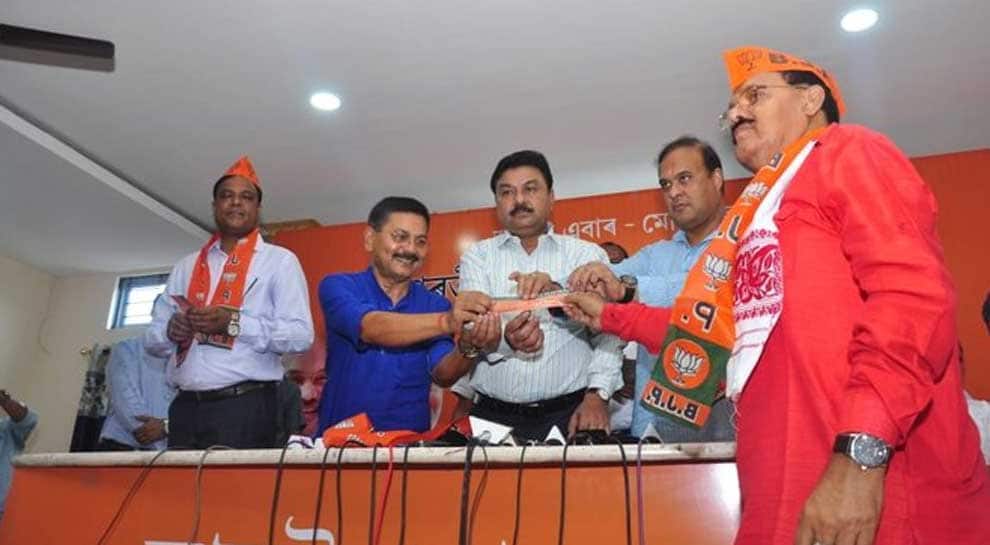 Guwahati: In yet another setback to the Congress party, former Congress leaders Santiuse Kujur and Gautam Roy joined the Bharatiya Janata Party on Sunday.

The two were formally inducted in the saffron party in presence of Assam Minister Himanta Biswa Sarma.

Santiuse Kujur, a former Rajya Sabha MP, had resigned from the Congress party on Saturday.

Kujur, in his resignation letter, had said that it was his "personal decision" to resign from the party.

"With regret, I would like to inform you that I am tendering my resignation from the membership of the party with immediate effect and all other party portfolios given by the Congress party. This is purely my personal decision," Kujur had said his resignation letter addressed to the Congress president.

He also wished for the party`s "bright future" and hoped that the party will help in changing the country for better.

"Kujur's tenure as the Upper House MP had ended in June this year.

While placing his resignation, Roy said that people will come to know it as to when will he join the BJP.