The 12-hour bandh was called by Coordination Committee of the Tribal Organisations of Assam. 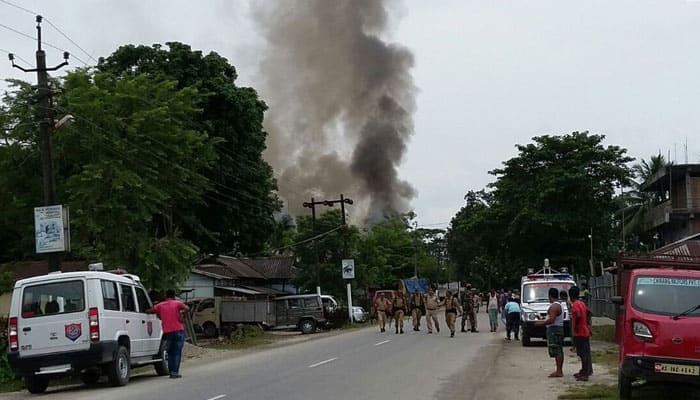 Guwahati: Protesters burnt tyres and kept tree trunks on roads to block movement of vehicles in Bodoland Territorial Area districts during a 12-hour Assam bandh called by a conglomerate of tribal organisations on Friday.

The bandh has been called by the Coordination Committee of the Tribal Organisations of Assam (CCTOA) to protest a bill that seeks to grant Scheduled Tribe (ST) status to six ethnic communities in the state.

The bandh was near total in the Bodoland Territorial Area Districts (BTAD) such as Kokrajhar, Udalguri, Baksa and Chirang, Bongaigaon, besides in tribal-dominated areas of Morigaon, Nagaon, Hojai, Dima Hasao and Karbi Anglong districts.

Bandh supporters attempted to block movement of vehicles on National Highways and other roads by burning tyres and laying tree trunks in the early hours of the bandh, police said.

Trucks were stranded on NH-36 at Doboka, they said.

Attendance in government offices was thin due to the absence of public transport in the bandh-hit areas, police said, adding that the bandh had no impact in the state capital.

Security arrangements were stepped up in view of the bandh in Assam which is also witnessing massive protests over the Citizenship Amendment Bill.

This bandh comes close on the heels of a 11-hour strike called on Tuesday against the Citizenship (Amendment) Bill.

Bandh sponsors have criticised the BJP-led Central governments move to pass the Constitution (Scheduled Tribes) Amendment Bill, stating it would eliminate the "genuine tribal people" of the state.