Sanjay Singh said that he himself monitored voting in every single Vidhan Sabha seat and demanded the EC to come forward and answer about the mishandling of the EVM machines. 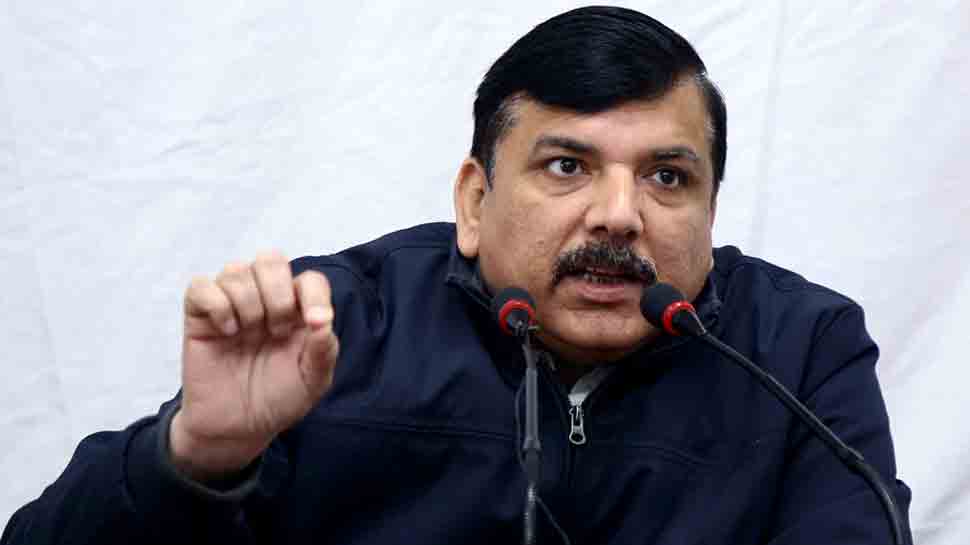 New Delhi: Just a day after the national capital voted for the formation of the new government, AAP MP Sanjay Singh questioned the Election Commission for not releasing the exact voting percentage on the same day. Singh said even in Lok Sabha elections the Election Commission had released the voting percentage on the same day then why was it delayed in the Delhi assembly election.

Hinting at some conspiracy, Singh questioned the EC, ''How much time it takes to release the voting percentage of 70 seats?'' and further demanded a reply to his question.

Singh has earlier released a video in his twitter handle where he had claimed that an election official was carrying the reserve with him which should have been sent along with the EVM machines. He wrote, '' Does the reserve not go with EVM? People caught hold of EVM in Saraswati Vidya Niketan School of Babarpur Legislative Assembly @ECISVEEP''

In his second video, a bus carrying EVM was seen standing in the middle of the road and Singh said that it is a clear proof that EVM was mishandled and where being taken down in between the road. He expressed shock over the incident and said, ''how can anyone do that?''

Sanjay Singh asserted that he himself monitored voting in every single Vidhan Sabha seat and demanded the EC to come forward and answer about the mishandling of the EVM machines.

AAP chief Arvind Kejriwal was also surprised over the late release of voting percentage and said, "Absolutely shocking what the EC is doing. Why are they not releasing poll turnout figures, several hours after polling?"

After the exit polls result Singh expressed confidence that his party under the leadership of Arvind Kejriwal will retain power in the national capital with a majority.

The AAP leader added that the citizens of Delhi have given an answer to those who were trying to spread hatred and violence across the national capital.

The voting in the national capital ended at 6 pm on Saturday(February 8), however, due to long queues at some booths, more time was given so that those in line can exercise their rights. The last voting percentage released by the EC was at 61.85%.