The Bharatiya Janata Party (BJP) has placed its bet high on the sports celebrities for the upcoming Haryana Assembly election, scheduled to be held on October 21. Eminent sports personalities including wrestling champions Babita Phogat, Yogeshwar Dutt and former India hockey captain Sandeep Singh have been named in the first released of candidates released by the BJP on Monday. 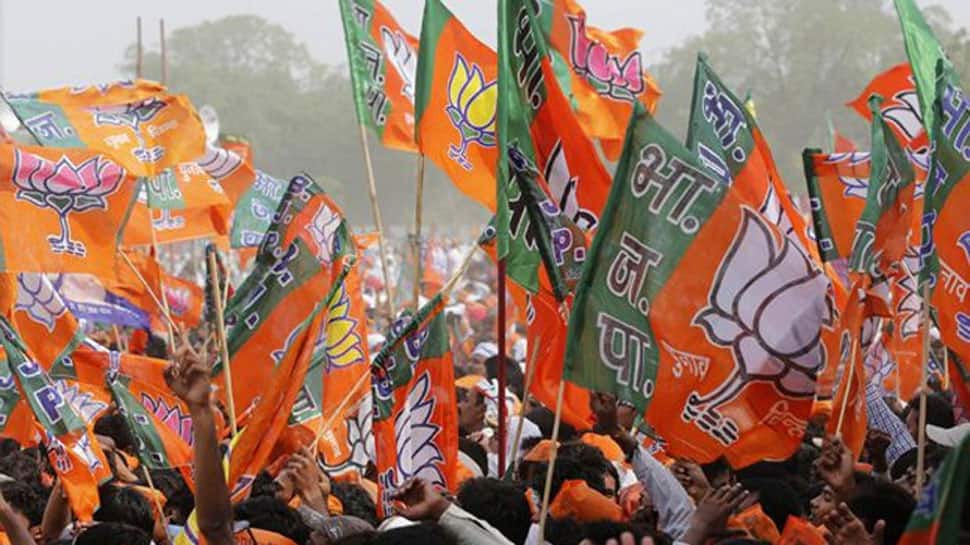 CHANDIGARH: The Bharatiya Janata Party (BJP) has placed its bet high on the sports celebrities for the upcoming Haryana Assembly election, scheduled to be held on October 21. Eminent sports personalities including wrestling champions Babita Phogat, Yogeshwar Dutt and former India hockey captain Sandeep Singh have been named in the first released of candidates released by the BJP on Monday.

The press release issued by the BJP said, "The Central Election Committee of the Bharatiya Janata Party met under the Presidentship of Shri Amit Shah. The meeting was attended by Shri Narendra Modi, Hon'ble Prime Minister, Shri Rajnath Singh, Minister of Defence, Shri Nitin Gadkari, Minister of Road Transport and Highways, Micro. Small & Medium Enterprises and all other members of the Central Election Committee of the BJP."

The first list of BJP has named 78 candidates for the 90-member Haryana Legislative Assembly wherein award-winning athlete Babita Phogat has been given a ticket from Dadri assembly seat. Olympic medallist wrestler Yogeshwar Dutt will contest the election from Baroda assembly seat and former India Hockey captain Sardar Sandeep Singh has been fielded from Pehowa assembly seat.

Prominent political leaders have also appeared in the list. Haryana Chief Minister Manohar Lal Khattar will contest from Karnal while state BJP president Subhash Barala is the candidate from Tohana.

Wrestling father-daughter duo Mahavir Phogat and Babita Phogat had joined the BJP on August 12 in the in the presence of working president JP Nadda and Union Sports Minister Kiren Rijuju. Babita Phogat has been a vocal supporter of the BJP. After Prime Minister Narendra Modi-led NDA government at the Centre scrapped Article 370, which provided special status to Jammu and Kashmir, she had voiced her support on microblogging site Twitter.

On September 26, Sandeep Singh and Yogeshwar Dutt had joined the BJP in Haryana and were inducted into the saffron party in the presence of Subhash Barala, the state BJP chief in Haryana.

Speaking to media after formally joining the party, Sandeep Singh had said, ''I have joined politics as I am impressed with PM Narendra Modi. His honesty drew me to the party. Both PM and Haryana CM are doing a lot for the youth. If the party considers me capable of contesting elections then I surely will.''

On his turn, Yogeshwar Dutt had said, ''As a youth, I want to work for the nation. PM Modi abrogated Article 370 from Jammu and Kashmir, he achieved the impossible. I am very impressed with him. The country is happy after the abrogation of Article 370.''

Rumours were rife that all the sports personalities who were inducted into the party would be given a party ticket for the upcoming Assembly election, slated to be held on October 21.

Here is the full list released by the BJP:

Last date for candidates to file their nomination is October 4, and the results for Haryana Assembly election will be declared on October 24.