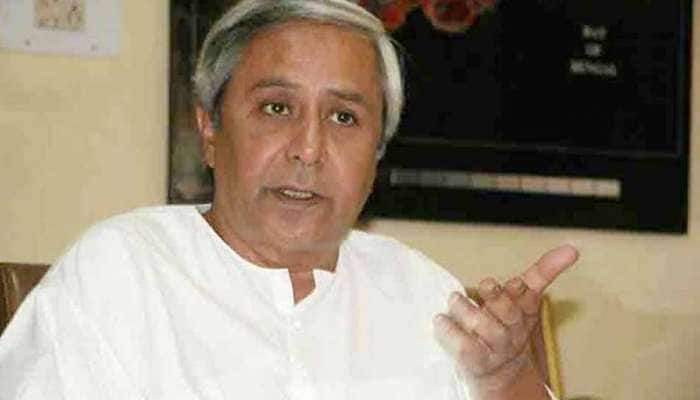 BHUBANESWAR: Odisha Chief Minister Naveen Patnaik Tuesday urged the Election Commission to withdraw the model code of conduct from all the coastal districts of the state and postpone polling in Patkura Assembly seat in view of the severe cylonic storm Fani heading towards the east coast.

The IMD in a bulletin has said that Fani is very likely to cross Odisha coast between Gopalpur and Chandbali, to the south of Puri around May 3 afternoon with maximum sustained wind of speed 175-185 kmph and gusting to 205 kmph.

"The ECI team has told me to consider the proposals given by me," Patnaik said.

Stating that the Odisha's disaster management strategy is completely based on community involvement, Patnaik said evacuation, disaster preparedness, relief and restoration are all community based.

"...At this point of time to have a politically supercharged atmosphere will cause serious dislocation in the preparedness," the chief minister said in his letter to the CEC.

Patnaik further said: "It is strongly suggested to postpone the poll to Patkura to a later date so that communities can work together in harmony and administration can focus saving precious lives and valuable property."

He said the state government's top most priority will be to save precious lives.

"Odisha has had simultaneous polls in four phases that ended on April 29. In this backdrop, it is important that the model code of conduct with regard to disaster management be completely removed for all the coastal districts of the state so that the government can handle this situation keeping the safety of our people in mind," Patnaik, who is also president of the ruling BJD, said in the letter to CEC.

He demanded postponement of Patkura polls. The ECI had earlier fixed May 19 as the date for the polling following the demise of BJD candidate Bed Prakash Agarwalla on April 20.

As per the original schedule, the polling in Patkura was supposed to be held in the fourth phase on April 29.

Though the voters of Patkura have exercised their franchise for the Kendrapara Lok Sabha seat on April 29, the polling for the assembly elections has been adjourned till May 19.

Meanwhile, BJD candidate for Patkura Assembly seat, Sabitri Agarwal, wife of late Bed Prakash Agarwal on Tuesday filed her nomination at the office of the Sub-Collector in Kendrapara.

The opposition BJP has already fielded its veteran leader Bijoy Mohapatra from Patkura while the Congress has named Jayant Mohanty as its nominee.

Mohapatra, who is a known bete noire of Patnaik in Odisha politics, said: "Patnaik is not afraid of cyclone, but Bijay. It is part of his conspiracy not to hold elections in Patkura. Patnaik wants to avoid polls in Patkura as he knows that BJD will face defeat."

Mohapatra also threw an open challenge to Patnaik asking him to contest in Patkura assembly segment. "Instead of doing conspiracy in Bhubaneswar, Patnaik should contest against me in Patkura. Above all, Kendrapara was his father's 'Karma Bhumi'," Mohapatra said.