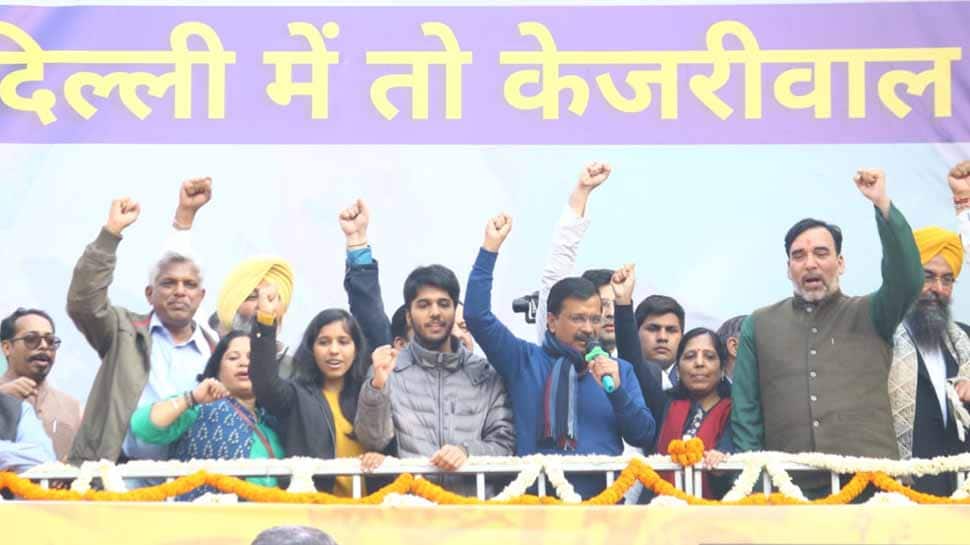 Madipur: AAP's Girish Soni won by 22,719 votes by defeating BJP's Kailash Sankla. This is the third consecutive win for Soni who had won in 2013 and 2015.
The main contest in Delhi Assembly election 2020 is between sitting MLA Girish Soni of AAP, Kailash Sankhla from BJP and Congress candidate Jai Prakash Panwar.

Rajouri Garden: AAP's DHANWATI CHANDELA won by 22,972 votes by defeating BJP's RAMESH KHANNA. AAP's Jarnail Singh won the 2015 assembly election.
In Delhi Assembly election 2020, the contest is between AAP candidate Dhanwanti Chandela, Amandeep Singh Sudan from Congress, Ramesh Khana from BJP and Sardar Harchat Singh from BSP. In this assembly seat, there are a total number of 1,62,995 voters including 85,880 males and 77,109 females and 6 voters of the third gender.

For Delhi Assembly election 2020, the key candidates are Rajkumari Dhillon of AAP, Tajinderpal Singh Bagga of BJP and Surender Setia of the Congress.

Janakpuri: AAP's RAJESH RISHI won by 14,917 votes by defeating BJP's ASHISH SOOD. This is the second win for Rishi who had won in 2015 Delhi Assembly election.

For Delhi Assembly poll 2020, the contest was between the sitting MLA from AAP Rakesh Rishi, Radhika Khea of Congress and Ashish Sood from BJP. The Janakpuri assembly constituency has 1,73,907 voters. The number of male voters is 92,960 and the number of female voters is 80,939. The remaining are third gender voters.

Vikaspuri: AAP's MAHINDER YADAV won by 42,058 votes by defeating BJP's SANJAY SINGH. This is the second win for Yadav who had won in 2015 Delhi Assembly election.

BJP has named Sanjay Singh, Congress is banking on Mukesh Sharma and from the BSP Krishan Thakur is in the fray. In 2015, Yadav secured 1,32,437 votes beating the BJP candidate by a 77,000 vote margin.

Uttam Nagar: AAP's NARESH BALYAN won by 19759 votes by defeating BJP's KRISHAN GAHLOT. This is the second win for BALYAN who had won in 2015 Delhi Assembly election.

AAP fielded Naresh Balyan, BJP Krishan Gahlot and RJD Shakti Kumar Bishnoi, a Congress ally. There are a total of 2,32,128 number of voters of which 1,26,674 voters are males while 1,05,444 are female voters and 10 voters are of the third gender.

In the 2015 poll, AAP's Adarsh Shastri beat BJP's Pradyuman Rajput by a massive margin. The total number of voters in the constituency are 1,99,223 of which registered female electors are 86,101 and male are 1,13,115, while 7 voters are registered as the third gender.

Matiala: AAP's GULAB SINGH won by 28,075 votes by defeating BJP's RAJESH GAHLOT. This is the second win for Singh.

AAP has once again named Gahlot as its candidate while BJP has fielded Ajit Kharkhari in Delhi Assembly election 2020. The total number of electors is 2,32,919. The female electors number 1,07,843 and the number of male voters is 1,25,069 and there 7 are third gender voters.