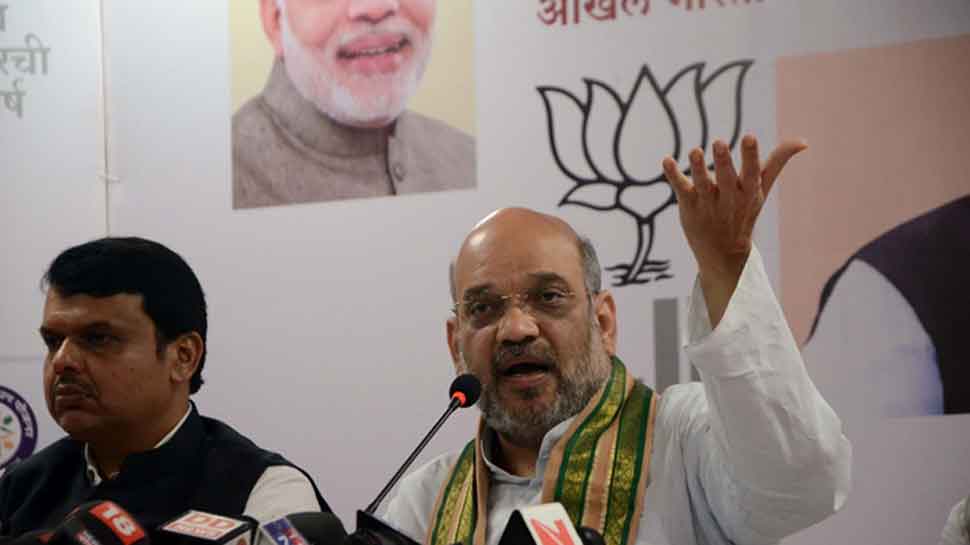 The results for 288-seats Maharashtra assembly were declared on October 24 but no party or alliance has staked claim to form a government so far. Notably, the BJP has emerged as the single largest party in  Maharashtra Assembly after winning 105 seats, while the Shiv Sena has 56 seats in its kitty.

The delay in government formation in Maharashtra is due to the tiff between the two parties after Shiv Sena demanded 50:50 seat-sharing formula in the state, under which their CM-elect will head the state for 2.5 years. The BJP, however, is not ready to consider the demand. The BJP has declared that Devendra Fadnavis will be Maharashtra CM for the next five years, but the government will be in alliance with Shiv Sena.

“Fadnavis will brief Shah about the current status of talks with Sena,” news reports quoting BJP party workers said. According to sources meeting between Shah and Fadnavis will also discuss the situation in which the Sena refuses to support a BJP chief minister.

Earlier on Sunday, Fadnavis had said that the state government has already approved Rs 10,000 crore to provide relief to farmers affected by rains in the state. "We have already approved Rs 10,000 crore. The state government stands firmly with farmers whose crops have been damaged due to heavy rains and all the necessary steps and assistance will be provided to them," he said.

The term of current assembly ends on November 8, and if the Sena and BJP are unable to clinch a deal, then the state might be put under the president’s rule.

The Shiv Sena on Sunday claimed to have the support of 170 MLAs and said that the party will form the government in the state with the support of Nationalist  Congress Party (NCP) and Congress if BJP fails to fulfill its demand of sharing the chief minister's post. In an editorial in its mouthpiece 'Saamana, the party said, "Being the second-largest party, Shiv Sena will claim to form the government after BJP fails to prove majority. Our tally will reach 170 with the help of NCP, Congress, and others."

The party also said the BJP would not have secured 105 seats had it not allied with Shiv Sena before the elections.

Giving another dramatic twist to the speculations, NCP on Saturday hinted at giving support to Shiv Sena to form the government. NCP chief spokesperson Nawab Malik said that his party chief Sharad Pawar will take a "positive view" if Sena comes up with a proposal to form a "people's government as envisaged by Chhatrapati Shivaji Maharaj" without the support of the BJP. Malik added that Shiv Sena will get alternatives only if its party chief Uddhav Thackeray takes any decision keeping in mind the interest of people of Maharashtra.

According to Zee Media sources, NCP chief Sharad Pawar will visit Delhi on Monday to meet Congress president Sonia Gandhi to apprise her of the current situation and consult with her regarding power-sharing arrangements.