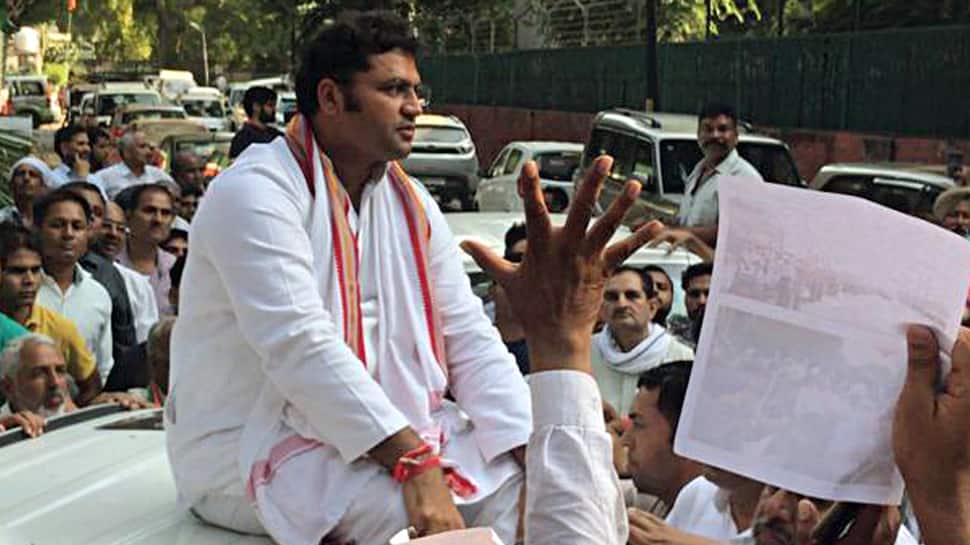 Former Haryana Congress president Ashok Tanwar on Thursday resigned from all posts by writing a letter to interim Congress president Sonia Gandhi. In his letter, Tanwar expressed his displeasure and annoyance by the ticket distribution as many sections were not given tickets.

"I am writing this letter with immense pain to inform you that after due consideration and exhausting all available avenues to get my voice heard, I have not been left with any other option but to resign from the responsibilities you have assigned me as member of various committees for Haryana assembly elections," read the letter.

On Wednesday too, Tanwar had demonstrated with his supporters outside Sonia Gandhi's residence. Ahead of the polls, the rift within the Haryana Congress is widening as per reports. Tanwar had alleged of tickets being sold out. Tanwar has been denied the ticket from Sohna, from where Congress has nominated Shamsuddin.

He had said, "I have worked hard for years. The people who joined the party 15 days ago are being given tickets by the party." Tanwar further alleged that the ticket for Sohna assembly seat was "sold for Rs 5 crore." The Haryana assembly election is scheduled for October 21, the results of which will be declared on October 24.

The feud between Tanwar and former Haryana chief minister Bhupinder Singh Hooda is well known. Recently, he was removed from the post of state president and Kumari Shailja was given the position.

The Congress on Thursday released the second and final list of six candidates for the upcoming Haryana Assembly election, scheduled to take place on October 21. Earlier on Wednesday, the Congress released its list of 84 candidates for Haryana which had included prominent names including Bhupinder Singh Hooda, Randeep Singh Surjewala and Kuldeep Bishnoi.