Jharkhand Assembly election 2019: Babulal Marandi says his party will contest polls on its own

Jharkhand Vikas Morcha (JVM) chief Babulal Marandi has made it clear that his party will not enter any coalition of bigger Opposition parties and will contest the Jharkhand Assembly elections on its own. On post-poll coalition possibilities, he said that those will be considered after the elections. 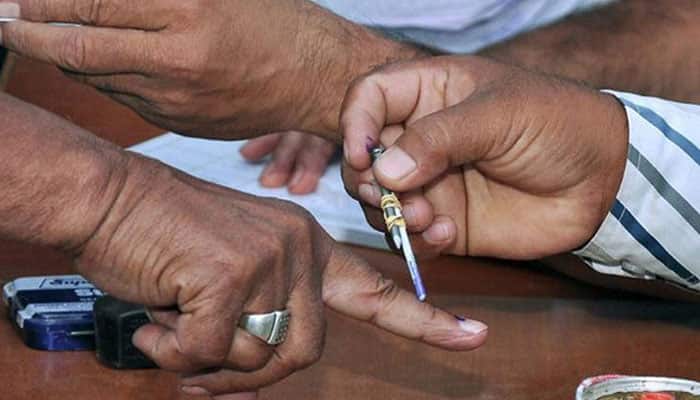 Ranchi: Jharkhand Vikas Morcha (JVM) chief Babulal Marandi has made it clear that his party will not enter any coalition of bigger Opposition parties and will contest the Jharkhand Assembly elections on its own. On post-poll coalition possibilities, he said that those will be considered after the elections.

Talking to IANS on Saturday, the JVM chief said, "I tried for a coalition before the Lok Sabha elections but every party had its own issues. Jharkhand is a small state with a few seats and many claimants, hence the possibility of a coalition is little. So, we`ve decided to contest the elections alone."

Marandi also took a swipe at the Jharkhand Mukti Morcha (JMM), saying: "Some parties here are heritage parties, they have inherited seats. But ours is a new party. We are like daily labourers, we will struggle and win seats."

Asked if the National Democratic Alliance (NDA) would gain from JVM contesting Assembly elections solo, Marandi said: "In Delhi, the Aam Aadmi Party had also contested the polls alone and yet it emerged successful. Victory and loss is in the hands of the people."

On the Bharatiya Janata Party`s attempts to poach on JVM leaders, Marandi, who was once a key member of the saffron party, said all the legislators brought by the BJP into its fold have not resigned from the Vidhan Sabha yet, which is against the law.

"The BJP is talking about getting 65 seats this time, where are its own leaders? It is giving tickets to defectors from other parties and yet the BJP looks scared," he said.

"If Prime Minister Narendra Modi and Chief Minister Raghubar Das are so popular, then the BJP should give tickets to its own party workers. What`s the need to `collect` leaders from other parties?" he asked further.

He said his party`s election pitch is the development of villages, upliftment of farmers, improvement in the condition of schools and jobs to the unemployed.

"More than 24 people have died in the state due to hunger in the past five years. Previous governments encouraged construction of farm ponds (dobha) under MNREGA. However, the Raghubar Das-led BJP government did not care much about the scheme, thus bringing to end the culture of farm pond construction in the state. Now the farmers here are being given cash assistance but that`s not going to help them much," he said.

He also dismissed the possibility of forming a `third front` with the Janata Dal-United. "The JD-U is running the government in Bihar in alliance with the BJP. It can contest against the BJP in Jharkhand. How will we face the government if we go asking for votes with the JD-U?" asked Marandi.