The campaigning for the second of the five-phase Jharkhand assembly elections scheduled to be held on Saturday ended on Thursday, officials said. 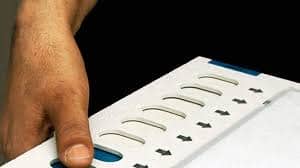 Ranchi: The campaigning for the second of the five-phase Jharkhand assembly elections scheduled to be held on Saturday ended on Thursday, officials said.

There are a total of 260 candidates in the fray including 29 women.

The second phase of the Jharkhand assembly polls will decide the fate of heavyweights in the state.

The constituencies comprise all 14 seats in the Kolhan division and another 6 in South Chottanagpur division. Kolhan is a stronghold of the JMM if the results of 2014 are taken into consideration. Despite Prime Minister Narendra Modi`s "wave", JMM had won eight seats.

The focus is on the Jamshedpur East seat from where Chief Minister Raghubar Das is contesting. He is pitted against his old cabinet colleague Saryu Rai and Congress spokesperson Gaurabh Vallabh.

The 20 seats which will go to the polls in this phase are in Maoist infested areas.

In the second phase, besides Chief Minister Raghubar Das, more than half of the candidates in the fray are VIPs.

BJP will return to power in Jharkhand, Congress on verge of extinction: Union Minister Nitin Gadkari