A string of NCP leaders have deserted the party in recent times and joined the BJP. 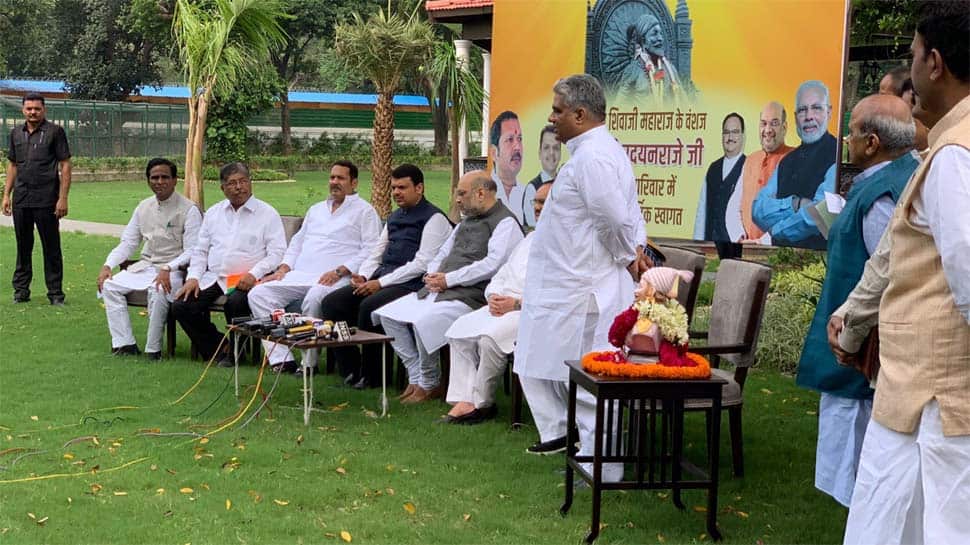 Bhosale, who is one of the NCP's four MPs from Maharashtra, is a descent of Maratha warrior Chhatrapati Shivaji.

"Today Chhatrapati Shivaji's descendent, who started a huge ideological movement of Swadesh and Swadharma during difficult times and established the Swaraj after several struggles, his descendant Udayanrajeji has joined BJP. I warmly welcome him on behalf of crores of BJP workers," said Shah.

A string of NCP leaders have deserted the party in recent times and joined the BJP, currently in power in the state. Adding fuel to fire, CM Fadnavis had last month said that he will be happy if Bhosale joins his party. Fadnavis made these remarks after Bhosale heaped praise on the chief minister for carrying out development works in Satara.

A three-time MP from Nationalist Congress Party (NCP), Bhosale was earlier a member of the BJP and had even served as the member of the state cabinet of the Shiv Sena-BJP alliance in the Maharashtra Assembly in 1998.