New government be will be formed soon in Maharashtra, says Devendra Fadnavis after meeting Amit Shah 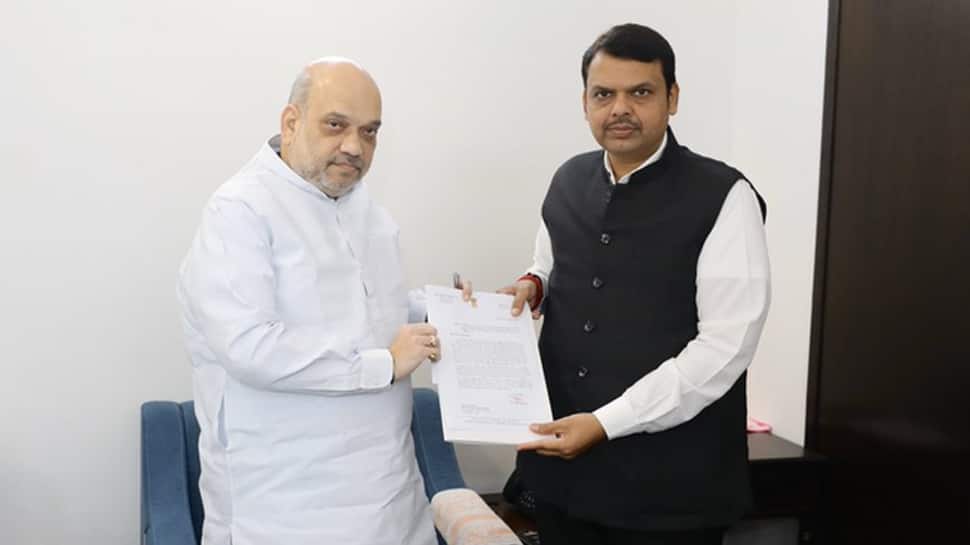 After meeting Shah, when Fadnavis was asked by mediapersons about the government formation in Maharashtra, he said, "Who is saying what, many people are speaking, but I do not want to comment on behalf of BJP." He further said that the new government be will be formed soon in the state, and I am confident about the formation of a government.

Fadnavis is stated to have reached Delhi seek more assistance from Central government for farmers affected due to unseasonal rain in the state. Earlier on Sunday, Fadnavis said that the state government has already approved Rs 10,000 crore to provide relief to farmers affected by rains in the state, adding "We have already approved Rs 10,000 crore. The state government stands firmly with farmers whose crops have been damaged due to heavy rains and all the necessary steps and assistance will be provided to them."

Fadnavis has already asked officials to act as a mediator between insurance companies and farmers to get early and maximum assistance and ensure not a single farmer be kept deprived of assistance.

Shiv Sena chief Uddhav Thackeray has demanded Rs 25,000 per hectare from the government to help farmers. Notably, the BJP and its ally Shiv Sena are engaged in a bitter tug-of-war over the equal distribution of Cabinet portfolios and the term of chief minister`s post for 2.5 years each. While the BJP is firm on their stand that Devendra Fadnavis will become the next Chief Minister of Maharashtra, Shiv Sena is seeking an equal term for chief minister`s post.

Would BJP still be so brave if Balasaheb Thackeray had been alive, questions NCP's Rohit Pawar