Next Jharkhand CM: An MP and a prominent industrialist hold key

Two players may come out as crucial - Babulal Marandi and Sudesh Mahto. Marandi is the first Chief Minister of Jharkhand. His party is expected to fetch somewhere between 9 and 11 seats. Sudesh Mahto's All Jharkhand Students Union (AJSU), which split from the NDA just before the Assembly elections, had won 5 seats in the last Assembly polls and is expected to retain as much. 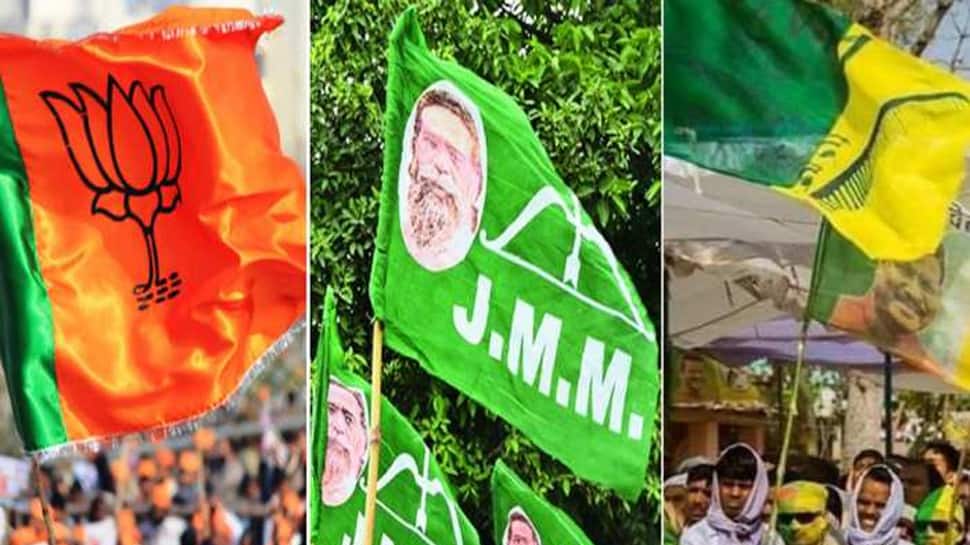 New Delhi: The BJP has claimed that it would get "Abki baar 65 paar" in the ongoing Jharkhand Assembly elections. But according to state BJP leaders, the saffron party is likely to be restrained in the bracket of 32 to 36 seats in the 81-member Jharkhand Assembly with 42 being the cut-off mark.

In such a scenario, two players may come out as crucial - Babulal Marandi and Sudesh Mahto. Marandi is the first Chief Minister of Jharkhand. His Jharkhand Vikas Morcha (Prajatantrik), which stayed out of the NDA or the UPA, is expected to fetch somewhere between 9 and 11 seats.

On the other hand, Sudesh Mahto's All Jharkhand Students Union (AJSU), which split from the NDA just before the Assembly elections, had won 5 seats in the last Assembly polls and is expected to retain as much.

If neither the Congress-JMM-RJD alliance or the BJP get to the magic number of 42, the concerned industrialist is likely to step in to stitch an alliance. Sources said the industrialist is keen on Hemant Soren as the next Jharkhand Chief Minister.

A sitting Rajya Sabha MP, who holds huge power and influence among the whos who of Jharkhand power circle and is a close confidante of the industrialist, may be used to bring either Mahto or Marandi or both onboard, depending on the number of seats the Congress-JMM-RJD alliance manages to get.

Sudesh Mahto left the NDA on a very bitter note and Marandi, who had fought elections for the BJP earlier, is more comfortable to do business with the Congress and the JMM than with the BJP.

In fact, Marandi`s JVM was in talks with the Congress-JMM-RJD alliance before the polls, but seat sharing talks failed as the JVM asked for more.

Speaking to IANS, more than one state BJP leader has confirmed that BJP`s "65 par" is an unrealistic dream. They insist that the BJP won`t even cross 40 seats and is likely to be restricted between 32 and 36.

While one Central leader insisted that the numbers could go up owing to the BJP faring better in the last two phases, he conceded that crossing the 38-seat mark will be a tough ask.

"We fared terribly in the second phase when 20 seats were up for grabs. We are likely to get 6 seats in that phase. Much of it is due to the anger against incumbent Chief Minister Raghubar Das, whose constituency also voted in the second phase," claimed a BJP insider.

With a hung Assembly scenario looking increasingly possible, all eyes will be on the exit poll results for the industrialist and the MP to do their "job".

BJP helping the rich get richer: Priyanka Gandhi in Pakur rally in Jharkhand