Sharad Pawar met Shiv Sena leader Sanjay Raut, who has been targeting the BJP incessantly over government formation, in Mumbai on Wednesday to discuss the political uncertainty in the state. "I want to see how skilled Amit Shah is in connection with Maharashtra," Pawar told the press after meeting Raut. 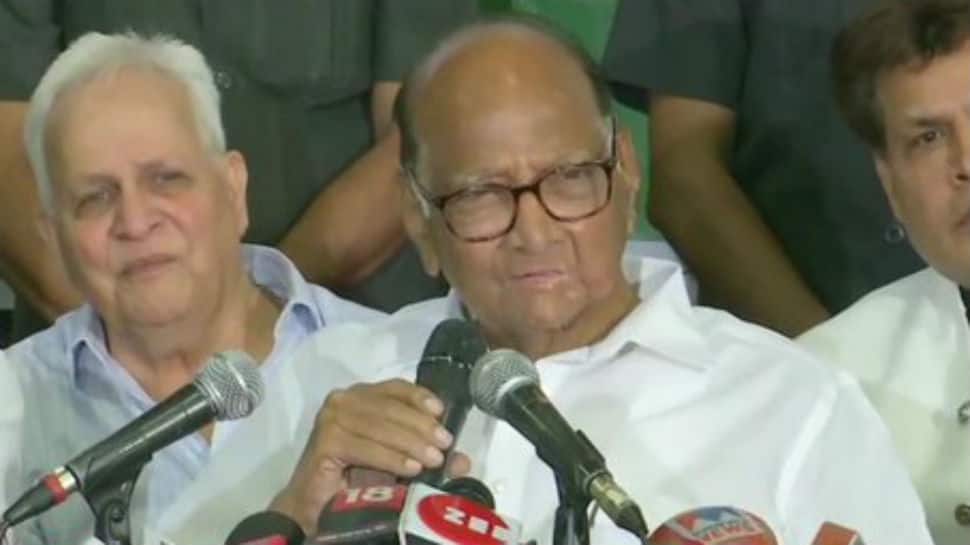 New Delhi: Nationalist Congress Party (NCP) chief Sharad Pawar has challenged Bharatiya Janata Party (BJP) to form a government in Maharashtra, saying he wants to test the political acumen of Amit Shah. Pawar's potshot at Amit Shah came as the BJP and Shiv Sena have been unable to form a government in Maharashtra even two weeks after the assembly election result which was declared on October 24.

Pawar met Shiv Sena leader Sanjay Raut, who has been targeting the BJP incessantly over government formation, in Mumbai on Wednesday to discuss the political uncertainty in the state. "I want to see how skilled Amit Shah is in connection with Maharashtra," Pawar told the press after meeting Raut.

He also ruled out a possible alliance with Shiv Sena, reports of which floated earlier. Sources said that NCP has proposed 50:50 formula to Shiv Sena for government formation in Maharashtra. However, at Wednesday's press conference, Pawar said his party is not having a tie-up with Sena and they are happy to sit in the opposition.

"BJP and Shiv Sena have got the mandate of people, so they should form government as soon as possible. Our mandate is to play the role of opposition," the NCP chief said.

"Where is the question of a Shiv Sena-NCP government? They (BJP-Shiv Sena) are together for the last 25 years, today or tomorrow they will come together again," he added.

Elaborating on his meeting with Raut, Pawar said that they discussed about some issues on which they "have a similar stand" and about the upcoming Rajya Sabha session.

Pawar even stated that he is not ready to become the Chief Minister of Maharashtra. "I do not want to become the Chief Minister again. I have been the CM of Maharashtra four times. If we had the numbers, then we would have formed the govt by now," he said, adding that BJP and Shiv Sena should form the government soon as this is the only option left for both the parties to avoid President's rule in the state.

BJP and Shiv Sena are locked in a tiff over seat-sharing, which has delayed the formation of the next government. The BJP, with 105 elected MLAs, has claimed that it will form the next government in Maharashtra with Devendra Fadnavis at the Chief Minister. While Shiv Sena, which won 56 seats in the election, has demanded a coalition government under 50:50 formula, but BJP clearly stated that no such agreement was made between the two parties when they joined hands. BJP and Sena had sealed their alliance ahead of the 2019 Lok Sabha poll.