Shiv Sena leader Sanjay Raut to meet Maharashtra Governor on November 4, may urge him to invite BJP to form government

Sources told Zee Media that Shiv Sena leader Sanjay Raut would urge the Governor to invite BJP to form the government because it has emerged as the single largest party after the recently concluded Assembly election in Maharashtra. 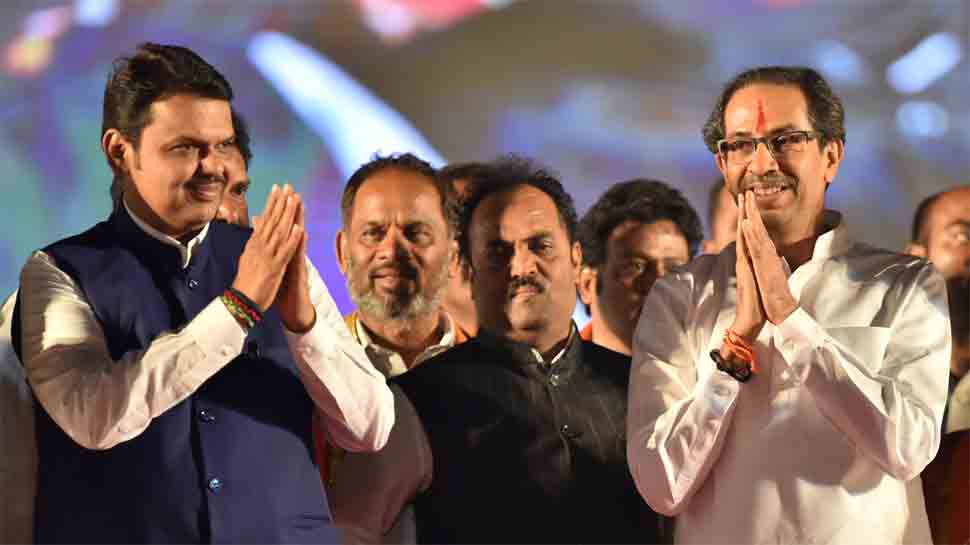 Amid the ongoing political tussle between Shiv Sena and Bharatiya Janata Party (BJP) over government formation in Maharashtra, Shiv Sena leader Sanjay Raut is scheduled to meet Governor Bhagat Singh Koshyari at 5 PM on Monday. Sources told Zee Media that Raut would urge the Governor to invite BJP to form the government because it has emerged as the single largest party after the recently concluded Assembly election in Maharashtra.

Shiv Sena wants the BJP to prove its majority on the floor of Assembly and if the party fails to prove majority then Sena would stake claim to form the government. It seems that Shiv Sena wants its ally BJP to show the strength of the majority. Notably, BJP and Shiv Sena contested the Assembly election as allies with the BJP winning 105 seats and Shiv Sena 56.

The results for 288-seat Maharashtra assembly were declared on October 24 but no party or alliance has so far staked claim to form the government so far. Though the BJP and Shiv Sena contested as allies and they have a comfortable majority to form the government, the two parties have been bickering over the post of chief minister.

Shiv Sena has been putting pressure on the BJP to implement 50:50 seat-sharing formula in the state, under which the post of chief minister will rotate between the two parties for 2.5 years. But the BJP is in no mood to consider this demand and the party has already declared that incumbent CM Devendra Fadnavis will remain the CM of Maharashtra for the next five years and there is no chance of sharing the top post.

On Sunday, Shiv Sena claimed that it had the support of 170 MLAs and sprung a surprise by saying that it will form the new government in the state with the support of Nationalist Congress Party (NCP) and Congress if BJP fails to accept the 50:50 formula. In an editorial in its mouthpiece 'Saamana, the party said, "Being the second-largest party, Shiv Sena will claim to form the government after BJP fails to prove majority. Our tally will reach 170 with the help of NCP, Congress, and others."

Interesting, the NCP has won 54 seats and the Congress 44 and if Shiv Sena, NCP and Congress join hands then the alliance will easily cross the halfway mark of 144 seats. The NCP on Saturday hinted at giving support to Shiv Sena to form the government with its chief spokesperson Nawab Malik saying that NCP supremo Sharad Pawar will take a "positive view" if Sena comes up with a proposal to form a "people's government as envisaged by Chhatrapati Shivaji Maharaj".

The term of current Maharashtra assembly is set to end on November 8, and if no party of alliance manage to form a government till then it is likely that the state would be put under the president’s rule.