Why are most Ferrari supercars red in colour? Know the reason here: Fun Fact

Ferrari is known for its iconic red colours, but why are most of the models from the house of Maranello red? How did the colour become their trademark? Answer's here.

The name Ferrari is synonymous with the image of a red, fast and speeding hot car! Most of the models from the house of Maranello feature the iconic red colour. The supercars from the Italian car manufacturer can be identified by their red colour amidst a bunch of other exotic vehicles parked together. Even the most iconic models from the makers ranging from the Ferrari 166 MM Barchetta to the Ferrari 296 GTS, all feature the red colour. However, over time, there have been many shades of red colour like Rosso Barchetta, Rosso Berlinetta, Rosso Corsa, Rosso Fiorano and many others.

But why are all the Ferraris red in colour? Well, not all but most of them. Here's the answer:

Why are most Ferraris red in colour?

In the early 1990s, about 85% of Ferraris had red liveries, the most renowned of which was the Rosso Corsa, which is widely regarded as the ultimate Ferrari colour. The red colour is still seen on the majority of Ferraris today. But what is the obsession with red?

Ferrari has always been associated with the colour red, with the Rossa Corsa being the most famous example. However, it is not just for aesthetic reasons why the colour is used so frequently. According to Scuderia, the association of red with Ferrari dates back to the early twentieth century, when race car rallies had rules requiring each team to paint their vehicle in the national colour. Green cars were painted in the United Kingdom, blue in France, and red in Italy. It is to be noted that red is also present in the Italian flag. 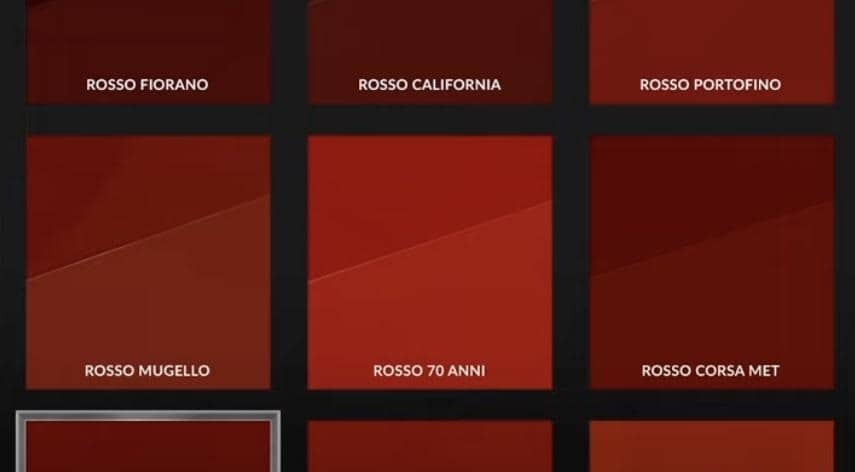 Ferrari had to use red paint on the body of their race cars because they were an Italian firm. Enzo Ferrari, the company's owner, had a deep passion for racing and regarded it as a way to fund the company. The Ferrari team's stunning body colour became more memorable as they became more successful in racing, and red became their signature colour. As quoted by Ferrari, Enzo once said, "Ask a child to draw a car, and certainly he will draw it red." Ferrari's unmistakable success on the racetrack impacted their supporters and many Italians, with Ferrari red automobiles becoming the most desired colour.

However, Ferrari now offers consumers over 30 distinct paint colours, ranging from silver, yellow, green, blue, black, white, and red. Clients that choose the Tailor-Made setups are also offered the option of designing their own colour.