The Maruti Suzuki Jimny 5-door will measure under 4 metres in length, a 300 mm increase over the 3-door Jimny available globally, but will be shorter than the Vitara Brezza in length. 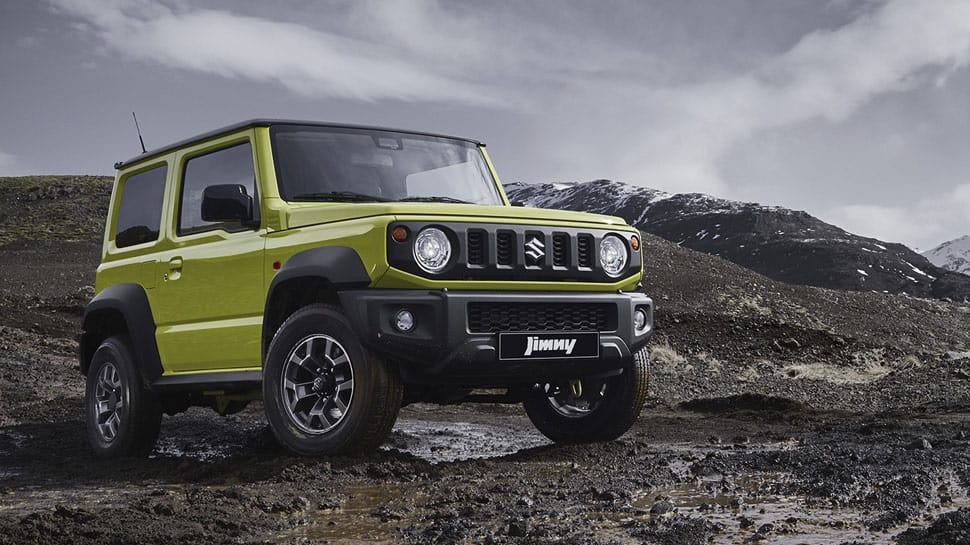 As per a report, Maruti Suzuki has decided to launch the 5-door Jimny SUV in India and the confirmation was conveyed at a dealer conference. Maruti Suzuki showcased the three-door Jimny at the 2020 Auto Expo, and everybody was expecting Maruti to make the big announcement at the Expo itself. However, reports indicated that India's biggest carmaker was not in favour of launching the three door version in India due to the product pricing.

Later, Suzuki revealed the plans for five-door Jimny giving a new ray of hope to Indian car buyers looking to buy this SUV in India. While launch details of the SUV are scarce, the report further indicates that the Jimny 5-door will measure under 4 metres in length, a 300mm increase over the 3-door Jimny available globally. While the overall length of the Jimny will be less than Vitara Brezza, the wheelbase will be longer due to shorter engine hood and rakish design.

Under the hood, the Maruti Suzuki Jimny will be powered by the 1.5-litre K15B petrol engine with SHVS that also powers the Vitara Brezza, Ciaz, Ertiga and the S-Cross. It produces 102 bhp of power and 138 Nm of peak torque. The engine will be mated either to a 5-speed manual and a 4-speed torque converter automatic gearbox. It wil have a 4x4 option as well.

Maruti Suzuki currently manufactures the 3-door Jimny in India in both left and right-hand drive versions for the purpose of export. But local manufacturing won't suffice into a lower cost as the Jimny will come with a 4x4 system. It will go up against the likes of Mahindra Thar and Force Gurkha and can be priced north of Rs 10 lakh for the base version.