FASTag to be available at petrol pumps, plans afoot to allow it for buying petrol: Gadkari

FASTag, which is affixed on the windscreen of a vehicle. 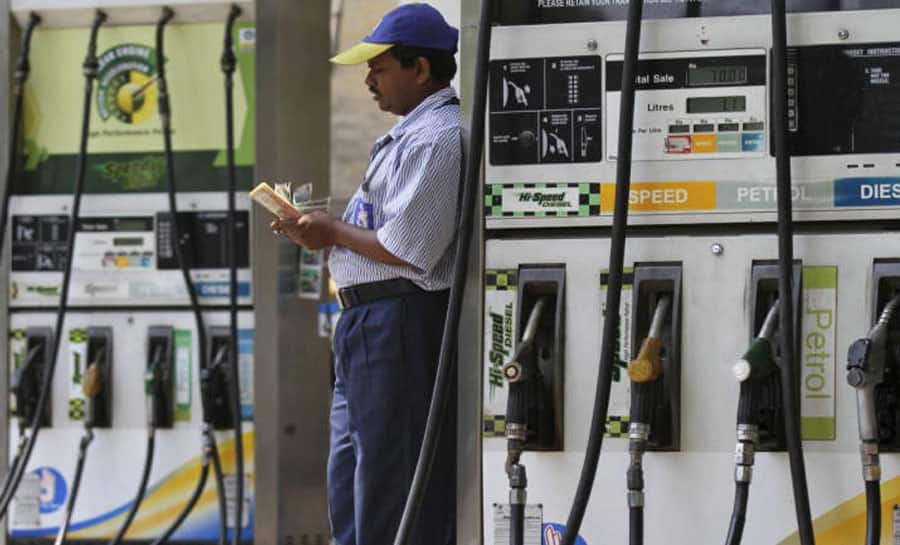 New Delhi: To ensure faster roll-out of electronic toll collection across the country, FASTags would soon be available at petrol pumps and later, these might be used as cards for buying petrol and paying parking fees, said Union Minister Nitin Gadkari Monday.

FASTag, which is affixed on the windscreen of a vehicle, is a device that employs radio frequency identification (RFID) technology for making toll payments directly from the prepaid or savings account linked to it, enabling the commuter to drive through toll plazas without stopping for cash transactions.

"Now, FASTags will be available at petrol outlets and we plan to make it available throughout the country soon. Plans are also afoot that these could also be utilised by consumers for buying petrol and for parking facilities," Road Transport, Highways and Shipping Minister Nitin Gadkari said.

The minister was speaking at an event here after a pact between Indian Highways Management Company Ltd (IHMCL) and leading oil companies BPCL, HPCL and IOCL for sale of FASTags through petrol pumps to expand its distribution network which is currently active at selected bank branches.

National Highways Authority of India (NHAI) Chairman Sanjeev Ranjan said the authority is working on various plans to make FASTags as a base for transactions to buy petrol and pay parking fees and "should work as Aadhaar for vehicles".

Launching bank-neutral FASTags issued by IHMCL, Gadkari said these will be available at 50 select petrol pumps initially and the number would be increased to 100 by the next financial year.

He said the petrol outlets will get Rs 100 for sale of every FASTag and electronic tolling system was the only way to ease traffic congestion at toll plazas.

He said there are 450 toll plazas under NHAI while 500 were with the states, and the Centre is also eyeing to implement electronic tolling system across state toll plazas.

The minister said under the National Electronic Toll Collection (NETC) programme, it is proposed to include all state/city toll plazas under one umbrella. NETC envisages bringing more than 500 state and municipal toll plazas within the ambit of the FASTag programme. For this, IHMCL is offering 50 percent of capex cost for ETC infrastructure, and waiver on management fees.

The ministry is eyeing to increase electronic toll transactions from the current about 30 percent on national highways to about 50 percent by March 2019, which would be translated to an estimated revenue of about Rs 12,000 crore.

Petroleum Minister Dharmendra Pradhan, who was also present on the occasion, urged Gadkari to push the automobile industry for manufacturing CNG vehicles, to which Gadkari said government's thrust was on clean fuel and it was already on its agenda.

Pradhan urged road and petroleum sectors to join hands for a synergised future of alternative fuels. He said both can gain business on new stretches of national highways in view of a large volume of vehicles adding up every year in the country.

Pradhan said his ministry is working hard to bring 400 districts of the country in the city gas network within the next two years.

The FASTag, unveiled Monday, is bank-neutral which can be linked to customers' choice of bank accounts, as by linking to bank account, there will not be any requirement of fulfilling KYC obligations.

Two FASTag mobile apps were also launched on Monday. The My FASTag Customer App has the distinction of real-time recharge of any FASTag through UPI, it links IHMCL FASTag with customer's bank account and there is no need to install multiple banks applications.

Wallet services are also proposed in the near future, NHAI officials said. In the FASTag Point of Sales App, it is possible to create and manage distribution partners, as also to allow sales via petrol pumps.