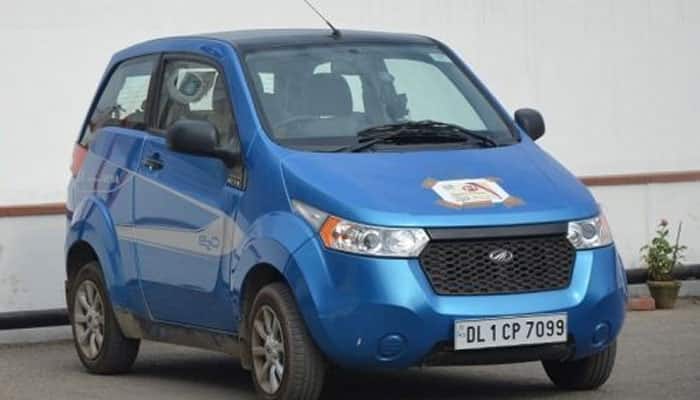 Back in October, Mahindra launched the e2oPlus zero-emission hatchback in India. The four-door version of Mahindra’s flagship electric car wasn’t introduced as a replacement for the two-door e2o, but it looks like the standard hatchback is no longer on sale. The development has been confirmed with Mahindra and its dealer network.

The e2o was launched back in 2013 with prices ranging between Rs 5.95 lakh-6.25 lakh (ex-showroom, Delhi). While it didn’t have any competition, domestic sales never really picked up due to the niche segment it occupied.

Now, the e2oPlus will be the most affordable zero-emission passenger vehicle in Mahindra’s model range. Priced at Rs 5.46 lakh-8.46 lakh (ex-showroom, Delhi), the four-door hatchback is available in the P2 (commercial), P4, P6 and P8 variants. While the lower variants are propelled by three-phase AC induction motors producing 25PS of power and 70Nm of torque, the top-end P8 grade has 41PS and 91Nm at its disposal. In both cases, transmission to the front wheels is through a direct drive transmission with two speeds.

The top-end variant gets a 210Ah lithium ion battery which can reach a full charge in nine hours through a regular charge point and a 95 per cent charge in 1.5 hours through the fast-charging option. On the features front, the hatchback gets a touchscreen infotainment system, reversing camera, manual air-conditioning, power windows and keyless entry. Also available is an app through which owners can operate the door locks and air-conditioning, and can check the performance metrics on their smartphone.

Hyundai Santro all set to make a comeback in India, to replace i10