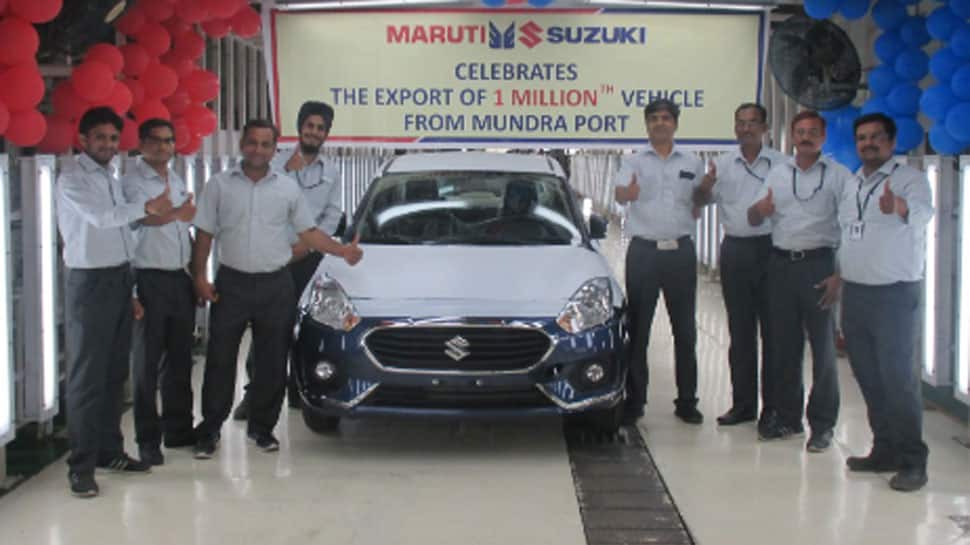 New Delhi: India's largest car manufacturer Maruti Suzuki India (MSI) on Thursday announced that it has rolled out its one millionth car exports from the Mundra Port in Gujarat.

With shipments to more than 125 countries, the cumulative exports crossed over 1.8 million units, MSI said.

“Within a decade of commencement of exports from Mundra, we achieved the significant milestone of shipping one millionth car. At Maruti Suzuki, we have always aligned our exports strategy to keep pace with the changing market scenario. Maruti Suzuki exports are aligned with Prime Minister Narendra Modi’s flagship vision of “Make in India”. The efforts by Maruti Suzuki reflect India’s capabilities of manufacturing cars that meet global standards of quality, safety, design and technology,” Kenichi Ayukawa, Managing Director & CEO, Maruti Suzuki India Limited said.