Sarvanakumar Subramaniam from Tamil Nadu's Coimbatore was announced the winner in the bike category while Hardevsinh Jadeja from Morbi, Gujarat won in the car category. 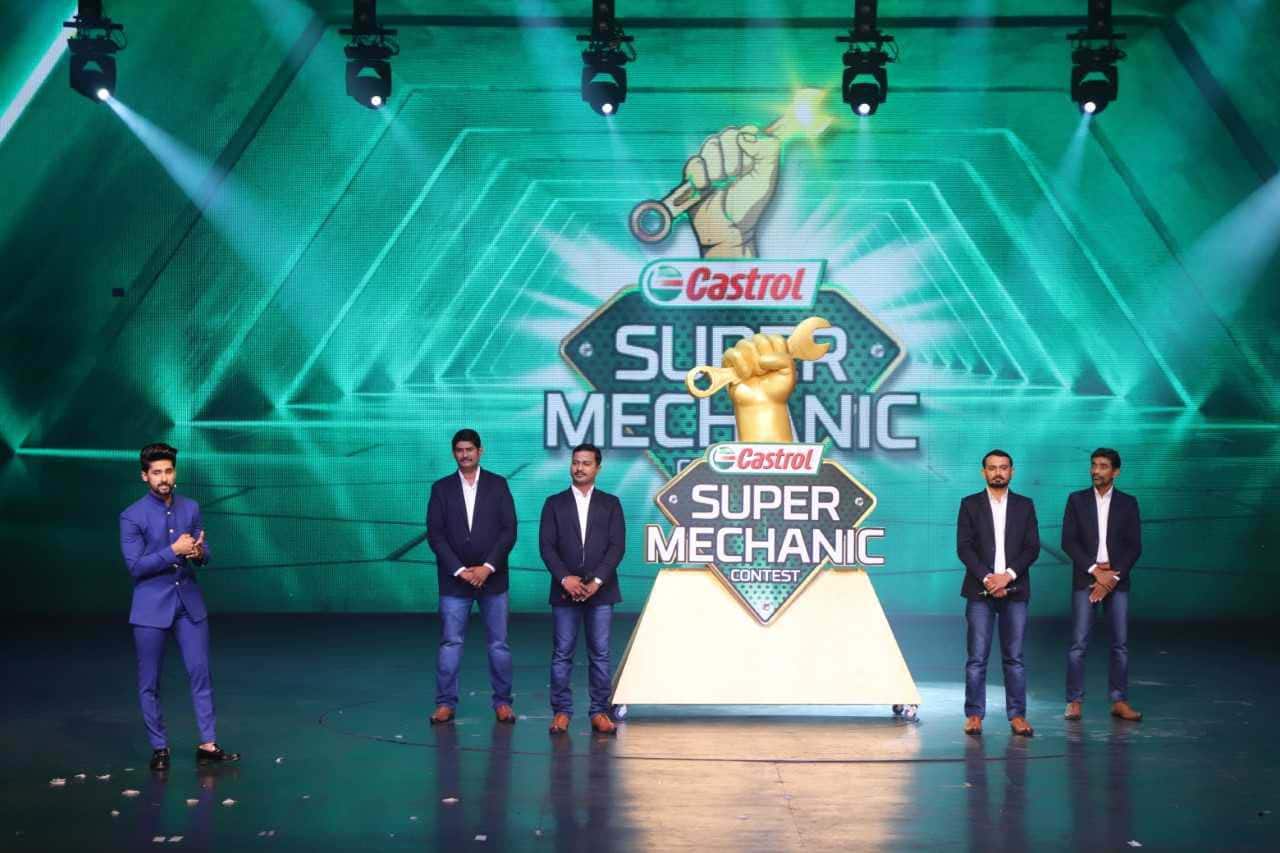 Sarvanakumar Subramaniam and Hardevsinh Jadeja on Tuesday emerged as winners of the Castrol Super Mechanic Contest 2019 in a glittering finale organized by Castrol India, the country's leading automotive and industrial lubricant manufacturing company.

Sarvanakumar Subramaniam from Tamil Nadu's Coimbatore was announced the winner in the bike category while Hardevsinh Jadeja from Morbi, Gujarat won in the car category. K Jayavel from Chennai, Tamil Nadu and Kishor Kalalpa Gatade from Kolhapur, Maharashtra emerged as runners-up in car and bike category respectively.

Over 1.27 lakh mechanics from across the country participated in the third edition of the Castrol Super Mechanic Contest and 40 of them competed in the final stages. The particpation in this contest helped these mechanics gain exposure to extensive knowledge about automotive technologies and the lubricant industry, along with testing their mettle and skills. Kedar Apte, Vice President – Marketing from Castrol India Limited, felicitated the winners of Castrol Super Mechanic Contest. For the first time ever, audiences across the country will witness Castrol Super Mechanic as a reality show of its kind hosted by Zee. The show will allow the mechanics to showcase their life journey during the course of the episodes.

This year, Castrol India also conducted masterclass sessions in 20 cities which skilled over 6000 mechanics in a curriculum that was endorsed by Automotive Skill Development Council. These mechanics were trained on new-age vehicle diagnostics, digital tools for next-gen vehicles and BS VI technology among other automotive topics.

Speaking about the contest, Omer Dormen – Managing Director, Castrol India Limited said, “The Castrol Super Mechanic Contest has purposefully driven towards providing the mechanic community with latest industry knowledge, and more importantly respect and pride of association towards their profession. It is heartening to see mechanics not just excel at their jobs, but also scale their ambitions to newer heights through this competitive platform. Witnessing their progress and success validates our commitment and efforts at Castrol India to empower the mechanic community, which keeps India moving.”

Commenting on the occasion, Ashish Sehgal, Chief Growth Officer, Zee Entertainment Enterprises, said, “ZEE as a network has always believed in mainstreaming extraordinary achievements. Joining hands with Castrol India for the Super Mechanic Contest has been a wonderful experience. The program is aimed at recognizing talent of car and bike mechanics on national television and enable their efforts to keep India moving through skills development. It will be telecast on ZEE Channels across its News & Entertainment cluster and will bring alive the stories of the mechanic community for our audience, something which has never been seen on Indian television.” 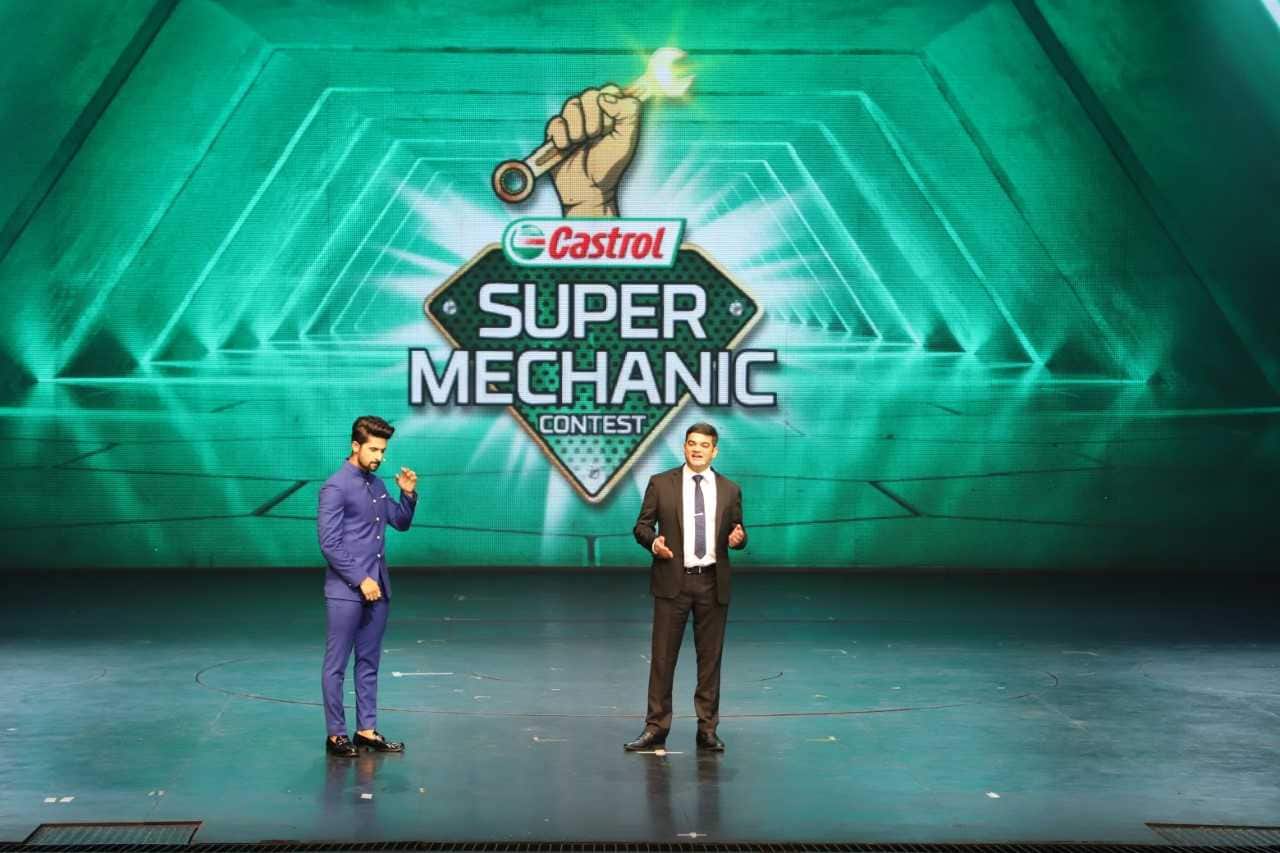 This year, Castrol Super Mechanic will be aired on various Zee Network channels, including Zee News with leading television personality Ravi Dubey hosting the show. The episodes will be aired weekly, starting July, 2019. The finale event will be telecast on &TV in August 2019.

Mechanic Sarvanakumar Subramaniam, the winner of Castrol Super Mechanic Contest 2019, said: “It’s taken me three years to earn myself a podium at Castrol Super Mechanic contest. Twice previously I missed out because of small errors but this time, I worked harder and focused on one round at a time. The victory has left me speechless! It’s amazing what Castrol India does for the mechanic community overall, and helping us gain national recognition and respect. They have supported our journey through training and skill development. I firmly believe that making us ready for the future is bigger than any monetary incentive one can receive. It will be my privilege to share my skills and experience of this contest to help my fellow mechanics in future editions of the contest. It’s truly a life-changing event!"