The new model XC40 R-Design, which will compete with the likes of Mercedes Benz GLA, BMW X1 and Audi Q3, is powered by a 2 litre diesel engine with 190 horse power. 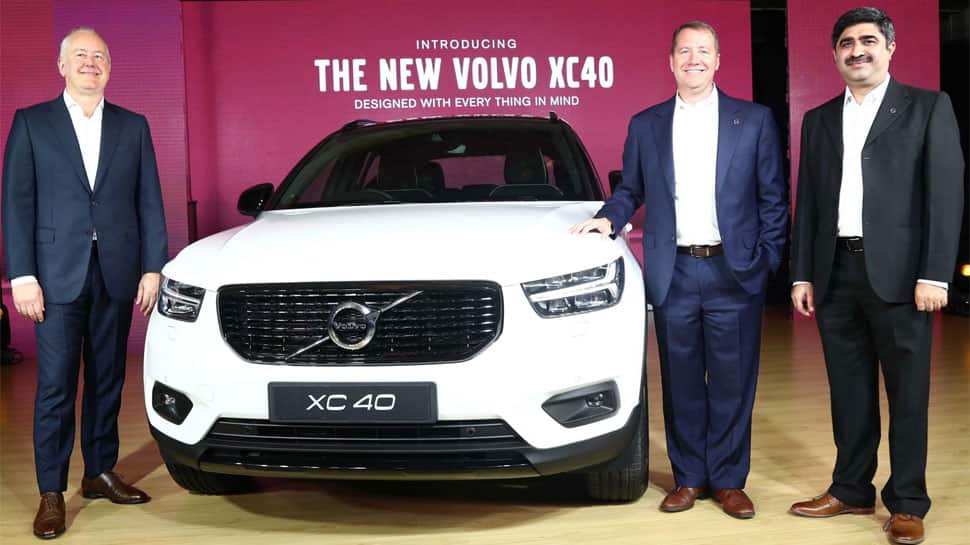 The new model XC40 R-Design, which will compete with the likes of Mercedes Benz GLA, BMW X1 and Audi Q3, is powered by a 2 litre diesel engine with 190 horse power.

"The launch of XC40 and our aggressive dealer expansion of one new dealer per month this year are the key success factors in achieving our ambition of doubling segment share by 2020," Volvo Car India Managing Director Charles Frump told reporters here at the launch.

He said the new model completes the portfolio of SUVs for Volvo Car in India, which includes the top end XC90 and XC60.

"It is a particularly good time to enter the segment in India as it is the fastest growing with around 6,000 units a year," he added.

When asked if the company would consider bringing a petrol variant of the XC40, Frump said,"We are looking at the petrol option but 90 per cent of demand in the segment is diesel".

The XC40 is equipped with safety features such as oncoming lane mitigation, driver alerts and roll stability control besides seven airbags.

Snijders said the company has set a target by 2020 nobody should be seriously injured or killed in a Volvo car.