The minister said he has put in place "an action plan with eight compliances on immigration queues, expanding RT-PCR service providers, ramping up help desks and forex counters, along with seamless floor management". 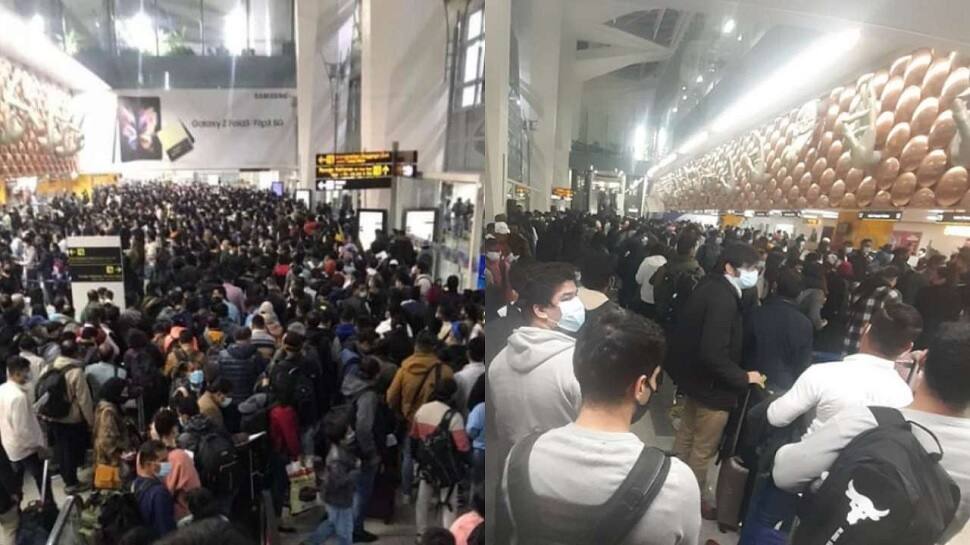 Civil Aviation Minister Jyotiraditya Scindia on Tuesday said he has issued an action plan for better crowd management at airports across the country which includes expanding RT-PCR test services and ramping up forex counters. Passengers have been complaining on social media of crowding and chaos at major international airports in the country since December 1, when a new set of travel rules were imposed amid concerns over the Omicron variant of the coronavirus.

Taking to Twitter, Scindia said, "Took stock of the preparedness, testing capacities, and the situation on the ground with regard to crowd management at both private and AAI airports."

The Airports Authority of India (AAI) controls more than 100 airports across the country. However, major airports such as in Delhi, Mumbai, Bengaluru, Hyderabad and Ahmedabad are operated by private entities.

The minister said he has put in place "an action plan with eight compliances on immigration queues, expanding RT-PCR service providers, ramping up help desks and forex counters, along with seamless floor management".

Rest assured, the aviation ministry is monitoring the situation on a daily basis and passengers should not face any inconvenience at airports, he added. According to the Union Health Ministry guidelines that came into force from December 1, all passengers coming from "at-risk" countries have to compulsorily undergo RT-PCR tests and two per cent of passengers arriving from other countries would also have to take the test on a random basis.

Passengers will have to wait for the test results before leaving the airport or taking a connecting flight, according to the guidelines. Countries in Europe, including the UK, and South Africa, Brazil, Botswana, China, Zimbabwe, Mauritius, New Zealand, Hong Kong, Singapore and Israel have been placed in the "at-risk" category by the Union Health Ministry.