With Sindhu's defeat, India's challenge at the Super 1000 badminton tournament has also ended. 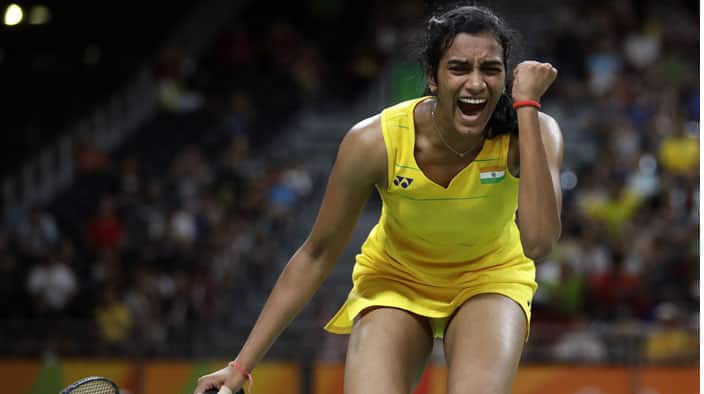 Rio Olympic silver-medallist PV Sindhu suffered a major blow as she knocked out of the ongoing All England Open after slumping to defeat at the hands of world number four and former world champion Nozomi Okuhara of Japan in the quarter-final clash in Birmingham on Friday evening.

After comfortably winning the opening game, the 24-year-old from Hyderabad failed to continue her momentum and suffered to a 21-12, 15-21, 13-21 defeat against Okuhara in a thrilling last-eight clash of the women's singles event that lasted one hour and eight minutes.

It was Sindhu who made the breakthrough first by taking an early 3-0 lead over Okuhara. Though the Japanese badminton star bounced back to reduce the gap to 5-8, Sindhu unleashed a shot at the back to ensure she headed into the interval leading 11-6.

In the second game, Okuhara first went ahead by 2-1 before she extended her lead to 5-2 with an extraordinary 38-shot rally.

Though the Indian shuttler rebounded strongly to reduce the gap to 6-8 following a few unforced errors by Okuhara, the Japanese held her nerves to take a 20-11 lead. Sindhu then smashed a forehand to the net to lose the second game.

Okuhara continued her momentum in the third game by taking an 11-6 read before Sindhu staged a late fightback to reduce the gap. However, the Japanese shuttled held her nerves towards the end to eventually emerge victorious.

Earlier, Sindhu had headed into the quarter-final clash with a 9-7 head-to-head record against Okuhara. However, the Japanese shuttler has now improved her record against Sindhu with a win.

With Sindhu's defeat, India's challenge at the Super 1000 badminton tournament has also ended.

BWF suspends all tournaments till April 12 due to coronavirus