The 29-year-old suffered yet another last-eight defeat after going down 20-22, 19-21 against her third seed opponent Ongbamrungphan in exactly 45 minutes. 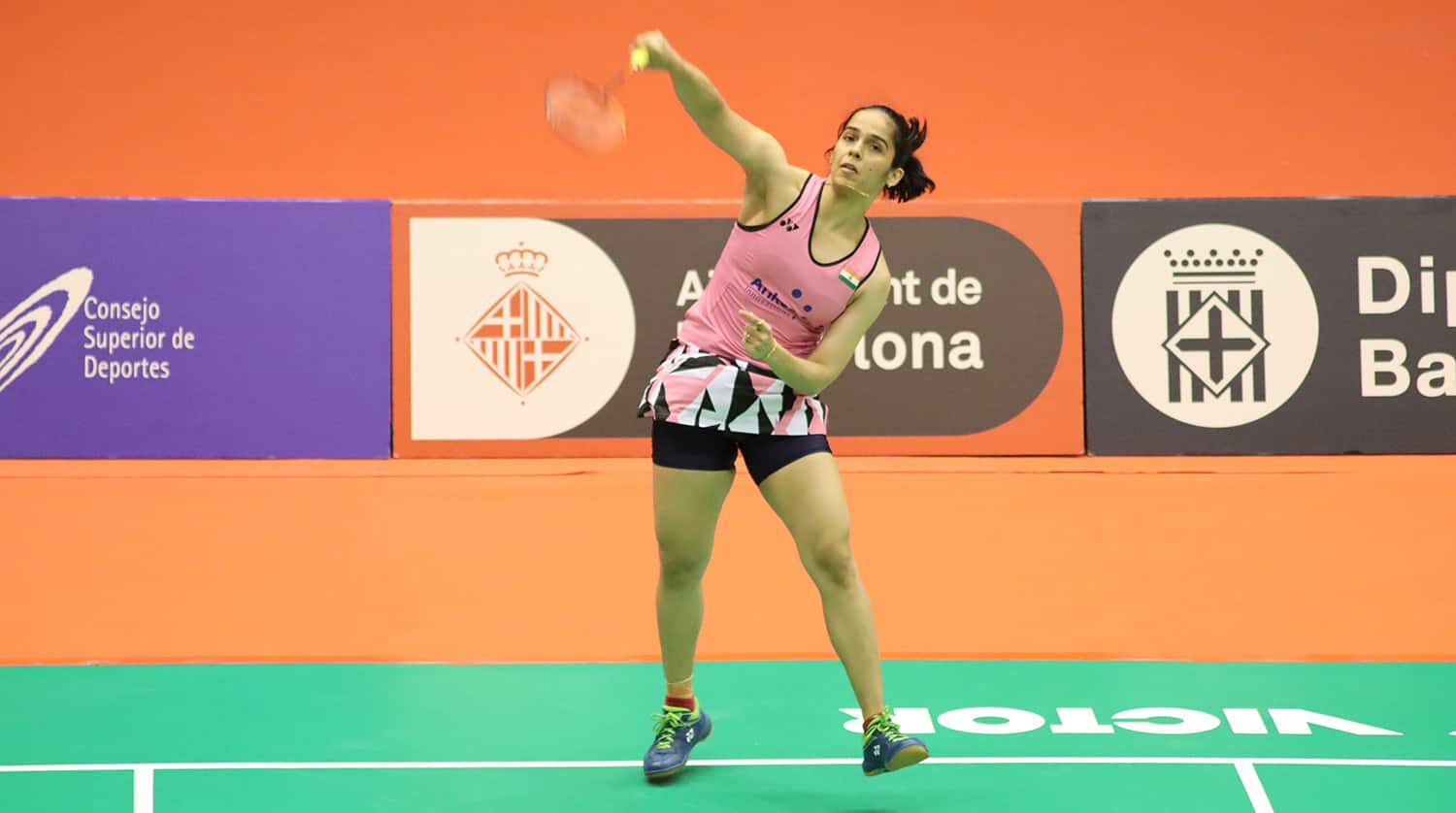 Ace Indian shuttler Saina Nehwal suffered a major blow as she crashed out of the ongoing $170,000 Barcelona Spain Masters after slumping to straight games defeat at the hands of Busanan Ongbamrungphan of Thailand in the quarterfinals of the women's singles event on Friday.

The 29-year-old suffered yet another last-eight defeat after going down 20-22, 19-21 against her third seed opponent Ongbamrungphan in exactly 45 minutes.

Ongbamrungphan will now lock horns with her compatriot and sixth seed Pornpawee Chowhuwong later on Saturday for a place in the summit showdown of the tournament.

Notably, London Olympics bronze-medallist Saina, who swept aside Ukraine's Maria Ulitina in straight games to book her place in the quarter-finals in Barcelona, is racing against time to qualify for the 2020 Tokyo Olympics.

Meanwhile, Ajay Jayram--the other Indian in the fray--has booked his place in the semi-finals of the tournament after registering a 21-14, 21-15 victory against France's Thomas Rouxel in a last-eight clash of the men's singles event that lasted 37 minutes.

He will now take on Kunlavu Vitidsarn in the last-four round of the Barcelona badminton tournament.

Jayaram is now the lone Indian survivor left in the tournament.