Sindhu has already assured herself of a fifth medal at the BWF World Championships. 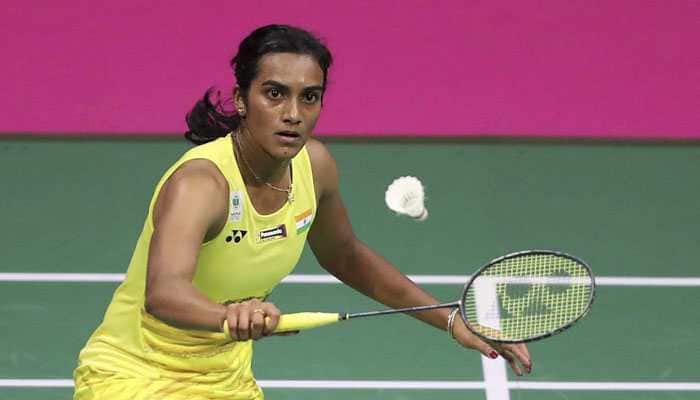 Rio Olympic silver-medallist PV Sindhu will look to book her place in the final of the ongoing BWF World Championships when she squares off with fourth-seed Chen Yu Fei of China in the last-four clash of the women's singles event in Switzerland on Saturday.

With the win, Sindhu had already assured herself of a fifth medal at the BWF World Championships. It is to be noted that the 24-year-old clinched two back-to-back silver medals in the last two editions of the tournament.

Yu Fei, on the other hand, advanced into the last four of the women's singles event with a hard-fought 15-21, 27-25, 21-12 win over Denmark's Mia Blichfeldt in a thrilling quarter-final clash that lasted one hour and 16 minutes.

Meanwhile, B Sai Praneeth--another Indian in the fray--will also look to storm into the final of the men's singles event of the prestigious event when he locks horns with top-seed Kento Momota of Japan in the last-four match later in the day.

Praneeth had edged past Indonesia's Jonatan Christie 24-22, 21-14 in their round-of-eight on Friday to storm into the semi-finals of the tournament.