Last year, Saina had won her second Commonwealth Games title, besides winning a bronze at the Asian Games and reaching finals at Indonesia Masters, Denmark Open and Syed Modi International. 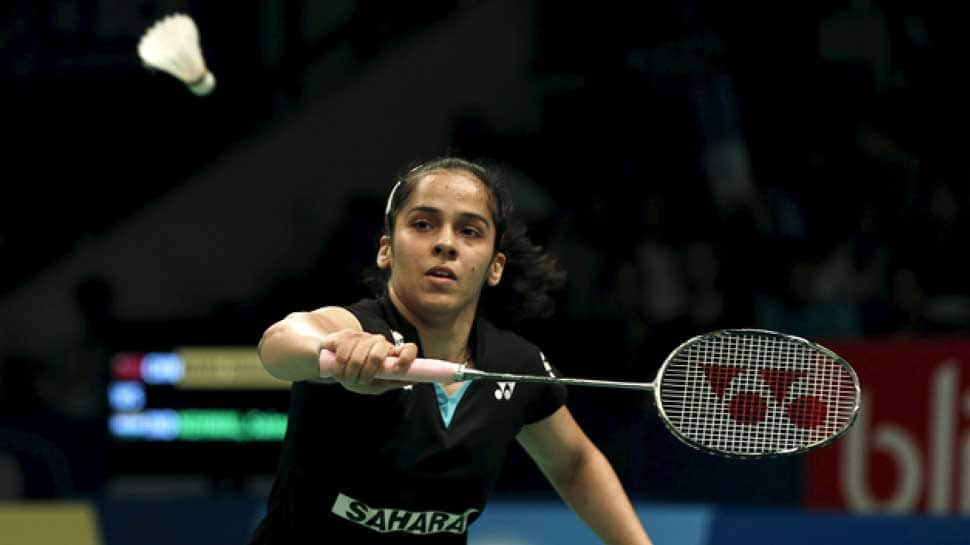 Saina Nehwal is mentally the toughest shuttler in the country and the ability to overcome injuries is to key to her longevity, believes former coach Vimal Kumar.

Saina, who had suffered a shin injury late last year, won the Indonesia Masters last Sunday after the withdrawal of Carolina Marin from the summit clash due to a leg injury.

Her former coach Vimal has also backed the Indian ace to win the coveted All England Championship in March.

"She is definitely mentally the toughest, even I will give her edge over the men's players, she is much tougher than all of them," Vimal, who had coached Saina from 2014 to 2017, told PTI on Tuesday.

"She doesn't think too much once she is on court, no matter if she has some pain, she will go all out and make it difficult for her opponents," said the former India coach, under whom Saina attained the World No. 1 ranking in 2015.

With Marin suffering a torn anterior cruciate ligament (ACL) -- the ligament that stabilizes the knee -- and world no 1 Tai Tzu Ying also recuperating from a wrist injury, Vimal feels Indian duo of Saina and P V

Sindhu will also have a great chance to end India's wait for an All England title.

"It (Indonesia win) will give Saina a lot of confidence and can help her in All England Championship, she can target that," he said.

"Carolina also might need 5-6 months to recover if the injury is serious, so the All England will be wide open. Carolina and Tai Tzu Ying were favourites. So now Saina and Sindhu will have big chance to win the title," he added.

Saina, who will turn 29 in March, is currently the oldest player in the top ten and Vimal said it is important for the Indian to train smart to stay at the top of her game.

"She has had her share of injuries. I was there with her at the Olympics, she was preparing well and suddenly it came up. But subsequently, the way she came back, have to give her credit."

"Now it is a question of training smart. She has a couple of years at the top and with the Olympics coming up, she would want to do well... I don't want to go that far now but she can immediately think of doing well at the All England," Vimal said.

Saina had aggravated her knee injury at the Rio Olympics and needed surgery and rigorous physiotherapy to return to the sport.

The London Olympics bronze medallist returned to win the Malaysia Masters in 2017, her last BWF title before she ended the two-year wait by clinching the Indonesia Masters last week.

"It is a creditable performance from. I saw a few matches, I don't know if she had the stamina to play at a good pace like Tai Tzu Ying and Carolina Marin as she was carrying a bit of injury. I don't think she was in right shape but because of mental toughness she pulled through quite a few matches," said Vimal.

Last year, Saina had won her second Commonwealth Games title, besides winning a bronze at the Asian Games and reaching finals at Indonesia Masters, Denmark Open and Syed Modi International.