Unseeded Prannoy shocked second seed Sugiarto 21-14 21-12 in just 37 minutes to book his place in the last-eight round, where he will be up against fifth seed Kanta Tsuneyama of Japan. 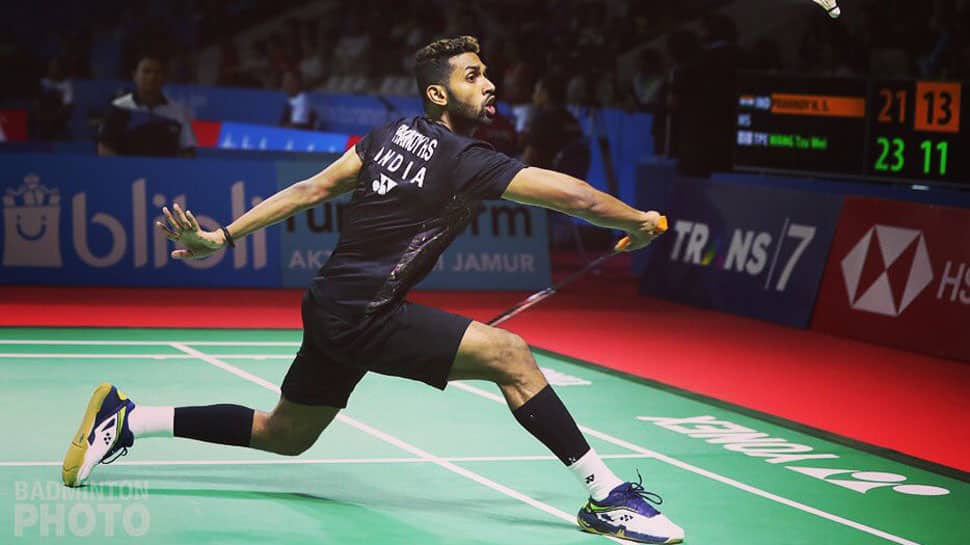 India's HS Prannoy stunned Tommy Sugiarto in straight games to sail into the men's singles quarterfinals even as his compatriot B Sai Praneeth crashed out in the second round of the New Zealand Open badminton tournament on Thursday.

Unseeded Prannoy shocked second seed Sugiarto 21-14 21-12 in just 37 minutes to book his place in the last-eight round, where he will be up against fifth seed Kanta Tsuneyama of Japan.
This was world no. 26 Prannoy's maiden meeting against world no. 13 Sugiarto.

Earlier in the day, Praneeth suffered a straight-game 12-21 12-21 loss to the legendary Lin Dan of China.

Seventh seed Lin Dan, thus, progressed to the quarterfinals where he will be up against top seed Anthony Sinisuka Ginting of Indonesia.

Indian men's doubles pair of Manu Attri and Sumeeth B Reddy too lost in the second round, going down against seventh seeds Goh V Shem and Tan Wee Kiong of Malaysia 17-21 19-21.

London Olympics bronze medallist Saina Nehwal on Wednesday made a first-round exit from the women's singles competition after being stunned by to world number 212 Wang Zhiyi of China.

In the match between Prannoy and Sugiarto, the Indian seized the initiative early on and took a 7-3 lead before extending it to 11-4.

From there on, it was no looking back for Prannoy as he went on to maintain his lead all throughout and close out the game at 21-14.

It was neck and neck between the two shuttlers in the first few points of the second game. In fact, Sugiarto took the initial lead at 4-2 but Prannoy came back strongly to not only level the scores but surge ahead with four consecutive winners to take a 8-4 lead.

Once Prannoy took the lead, he didn't look back and kept on maintaining the gap to seal the contest in his favour.