I earned it: Manasi Joshi on winning gold at World Para-Badminton Championship

An engineer by qualification, Manasi completed her graduation in Electronics Engineering from KJ Somaiya College of Engineering, University of Mumbai in 2010. 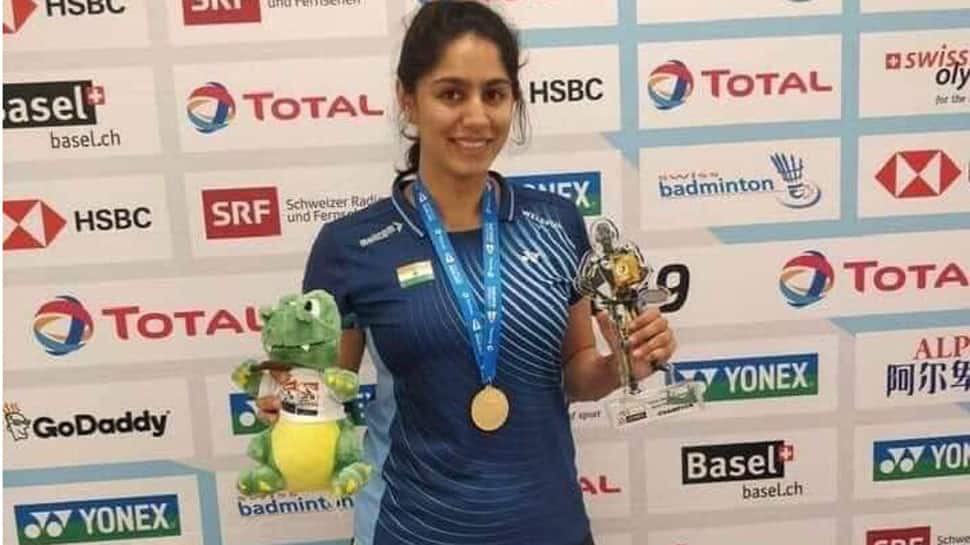 Manasi Joshi, who was among the three Indian players who won gold at the recently concluded World Para-Badminton Championship, said she earned the medal as she worked really hard for it.

The 30-year-old clinched the top honours in the women`s singles SL3 final defeating World No. 1 and compatriot Parul Parmar 21-12, 21-7 to lift her maiden title in Basel, Switzerland on August 25, the very day on which ace shuttler PV Sindhu won the gold at the World Championships.

"I earned it. Worked every bit for it," she tweeted on Tuesday.

Meanwhile, Twitter was all praise for the 30-year-old, who had lost her left leg in 2011.

"In the high of PV Sindhu getting gold in the World Championship, we forgot to wish Manasi Joshi, who gold in World Para-Badminton Championship. Here it is wishing her," Kiran Bedi, Governor of Puducherry tweeted.

In the high of PV Sindhu getting Gold in world championship, we forgot to wish #ManasiJoshi, who won Gold in World Para Badminton championship!
Here is it wishing her..: pic.twitter.com/wOW5zjy20c

"Every daughter of India is special. You have increased the honour of the country on the world stage. Many congratulations to you for winning gold at the Para-Badminton World Championship," tweeted former Madhya Pradesh Chief Minister Shivraj Singh Chouhan.

"Everyone should learn from you how to overcome difficulties and achieve success. Hats off to your courage. The country is proud of you!" he added.

Manasi was among the 12 Indian athletes who won medals at the competition.

"Congratulations to the entire team, whose success is extremely gladdening and motivating. Each of these players is remarkable!"

130 crore Indians are extremely proud of the Indian Para Badminton contingent, which has brought home 12 medals at BWF World Championships 2019.

Congratulations to the entire team, whose success is extremely gladdening and motivating. Each of these players is remarkable!

An engineer by qualification, Manasi completed her graduation in Electronics Engineering from KJ Somaiya College of Engineering, University of Mumbai in 2010. In 2011, she met with a road accident and lost her left leg. However, that did not stop her from playing badminton and she went on to win many medals for India.

In September 2015, she won silver in mixed doubles at the Para-Badminton World Championship held in Stoke Mandeville, England. In October 2018, Manasi won a bronze medal at the Asian Para Games held in Jakarta, Indonesia.