Star Indian shuttler PV Sindhu on Monday left everyone by surprise by posting the word 'I retire' in her recent post on her social media handle. 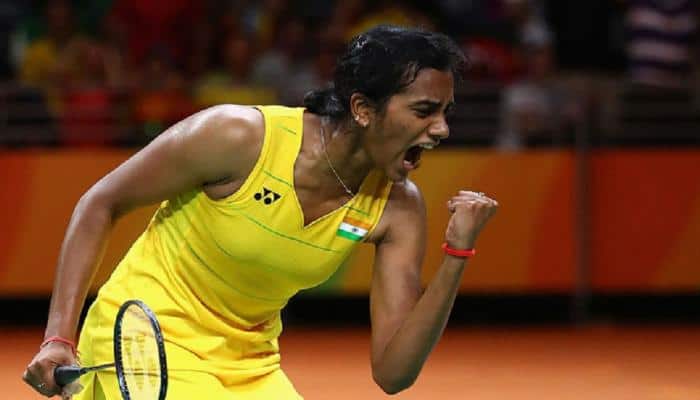 Star Indian shuttler PV Sindhu on Monday left everyone by surprise by posting the word 'I retire' in her recent post on her social media handle.

The 25-year-old Rio Olympic silver-medallist took to her official Twitter account and stunned her fans by writing that the Denmark Open was the final straw and that she has decided to bid adieu to the game.

"I have been thinking about coming clean with my feelings for a while now. I admit I have been struggling to deal with it. It just feels so wrong, you know. That's why I', writing today to tell you that I'm done. It's undertandable if you're shocked or confused but by the time you finish reading this you would have learnt about my point of view, and hopefully, will support it too," Sindhu wrote in a lengthy post.

"This pandemic has been an eye-opener for me. I could train hard to fight the toughest of opponents, tooth and nail, right till the final shot of the game. I have done it before, I can do it again. But how do I defeat this invisible virus that has the entire world in a fix? It has been months at home and we still question ourselves every time we step out. Internalizing all this and reading about so many heart-breaking stories online has got me to question a lot about myself and this world we live in. Not being able to represent India in the Denmark Open was the last straw,"Sindhu added.

However, Sindhu later acknowledged in her cryptic tweet that she must have given her fans a mini heart-attack, but  she is not retiring from the game and rather wants to draw everyone's attention towards the fight against substandard hygiene amid coronavirus pandemic.

"I may have given you guys a mini-heart attack; unprecedented times requires unprecedented measures. I guess I needed to get you guys sit up and take notice. That being said, we must be hopeful about the light shining at the end of the tunnel. Yes, Denmark Open didn't happen but that won't stop me from training. When life comes at you, one must come back twice as hard. So will I for the Asia Open. I refuse to give up without putting up a solid fight. I refuse to give up without conquering this fear. And will carry on doing so till we have a safer world," the star Indian shuttler concluded.

Earlier, Sindhu had pulled out of the Denmark Open, which took place from October 13 to October 18,2020, owing to health and safety concerns amid coronavirus crises. She is now looking forward to return to the game with Asia Open, which is slated to take place in January 2021.

Born on July 5, 1995 in Hyderabad, Sindhu stepped into the international arena in 2009 with the Sub-Junior Asian Badminton Championships in Colombo, where she bagged a bronze medal. It was Sindhu's first-ever international medal under the guidance of Gopichand.

In 2013, Sindhu lifted her first Grand Prix gold after sweeping aside Gu Juan of Singapore in the summit showdown of the Malaysian Open. She continued her momentum at the BWF World Championships later in that year to settle for a bronze medal. Later in the same year, the Indian shuttler clinched Macau Open Grand Prix medal besides being awarded the Arjuna Award, one of the highest honours for any sportsperson in the country.

A year later, Sindhu created history by becoming the first Indian shuttler to win a medal at the BWF World Championships for two consecutive years. She once again settled for the bronze in 2014. Sindhu also appeared for the first time at the Commonwealth Games in the same year and made a semi-final finish at the tournament.

It was in 2016 that the Indian shuttler became the first-ever female athlete from the country to clinch a silver medal at the Olympics in Rio de Janeiro. Sindhu, who was also conferred with Padma Shri award in the same year, went down against the then world number one Carolina Marin of Spain in the final of the Olympics Games.

Sindhu also participated at the 2018 Commonwealth Games in Gold Coast and finished her campaign at the tournament with a gold in the mixed team event and a silver medal in the women's singles event.

In 2019, Sindhu became  the first-ever player from the country to win a BWF World Championships gold at the 2019 edition of the prestigious tournament in Basel, Switzerland. It was Sindhu's fifth medal at the World Championships, thus making her the joint-highest medal-winner in history of the women's singles event of the tournament along with two-time Olympic gold medallist Zhang Ning of China.