The 30-year-old is a regular in the international circuit but visa restriction in Arab nations has affected his career over the years. 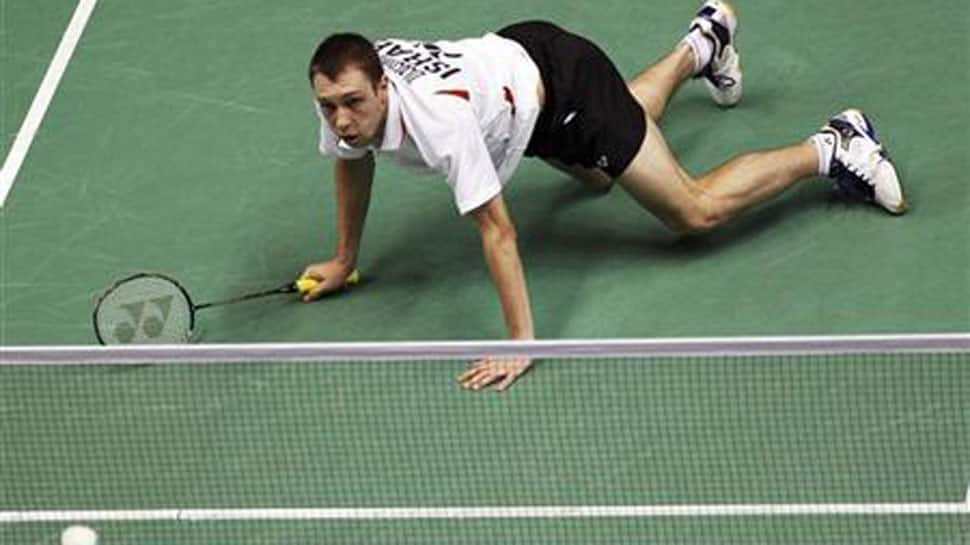 Israel is not normally associated with badminton but Misha Zilberman has kept the flag fluttering for his country by competing in the last two successive Olympic Games.

The 30-year-old is a regular in the international circuit but visa restriction in Arab nations has affected his career over the years.

In 2015, Misha was initially not granted visa by Indonesia -- the world's most populous Muslim country -- and he was on the verge of missing the World Championship.

Not playing in Indonesia and Malaysia, which hosts as many as four BWF World Tour events, has robbed him a chance to gather ranking points, hampering his progress.

"I can't play in some countries like Malaysia and Indonesia. They block me. In 2015, Indonesia didn't give me a visa and it is the same now. I think sports should be higher than politics. There will always be such problems but I keep going where I can," Misha, who competed at the 2012 London and 2016 Rio Olympics, said.

"Next week there is Malaysia Open but I can't go. I didn't apply, because I know even if I apply they won't give me a visa, others from my country have faced similar rejections, so no point applying. I can't travel to all the Arab countries also. It hampers my career."

"For example after India Open, I will go to Singapore straight away. I can't play Malaysia and like this, I miss many tournaments. I spoke to BWF, they are trying to help me. They do what they can but it is not easy," said Misha.

Israel does not have formal diplomatic relations with many Muslim-majority countries, such as Indonesia.

Misha, who trains in Singapore and Russia, primarily plays men's singles but also pairs up with his mother-cum-coach Svetlana as a mixed doubles pair in few tournaments.

"We play mixed doubles for fun, the main focus is to warm up for my singles," said Misha, with his sexagenarian mother standing by his side after the duo lost the opening mixed doubles match against top seed Chinese combination of Wang Yilyu and Huang Dongping.

"She has been my coach since I was young, we played together at the national championship when I was 14. Many years we have been national champions. This is the second time we are playing together in India," said Misha, who played along with his mom at the 2009 World Championship.

"We don't plan to play mixed doubles too much, as long as I play singles, we will sometimes play. Next, we are playing European Games," Misha, who had served in the Israel Defense Forces from August 2007 to August 2010, added.

So how is badminton in Israel? "There are junior players with whom I train. My ranking has been around the top 50, so it gives motivation to a lot of juniors who are coming up. Hopefully, they will do better than me," he signed off.

Looking to break jinx of early round exits at India Open: Ashwini Ponnappa