With the win, Kashyap has now set up a clash against top-seed Kento Momota of Japan for a place in the summit showdown of the tournament. 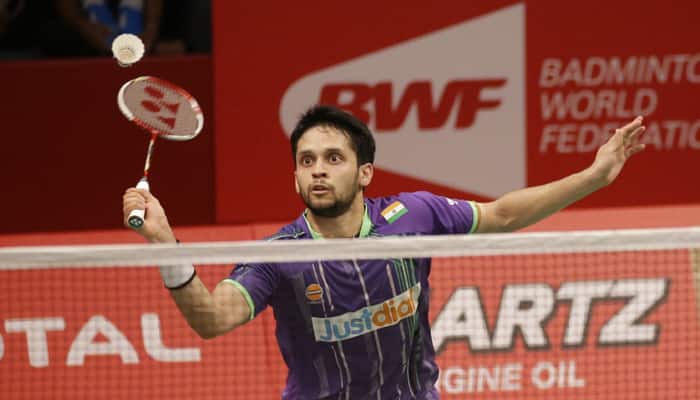 Ace Indian shuttler Parupalli Kashyap continued his rich vein of form at the ongoing Korean Open as he brushed aside Denmark's Jan O Jorgensen in straight games to book his place in the semi-final of the prestigious tournament at Incheon in Korea on Friday.

The 33-year-old from Hyderabad hardly broke his sweat as he eased past his Danish opponent 24-22, 21-8 in the last-eight clash of the men's singles event of the Korea Open that lasted 37 minutes.

With the win, Kashyap has now set up a clash against top-seed Kento Momota of Japan for a place in the summit showdown of the tournament.

On Thursday, the Indian shuttler produced a spirited performance as he rebounded strongly from the second game down to seal a 21-17, 11-21, 21-12 win over Daren Liew of Malaysia in the pre-quarterfinal clash of the tournament that lasted 56 minutes.