With the win, the Olympic silver medallist has now extended the head-to-head record against Ohori to 8-0. 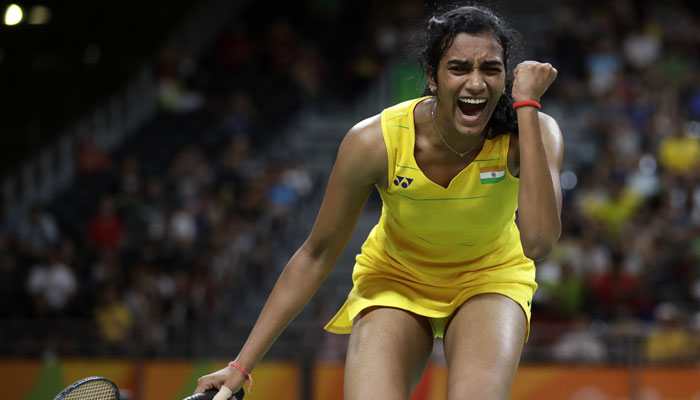 Tokyo: Ace Indian shuttlers PV Sindhu and B Sai Praneeth entered the quarterfinals of the ongoing Japan Open after winning their respective second-round matches of the $750,000 tournament, here on Thursday.

In women`s singles, fifth-seeded Sindhu had to fight it out against Japan's Aya Ohori. She came back from a game behind to register an 11-21, 21-10, 21-13 victory against her Japanese opponent in a match that lasted more than an hour.

With the win, the Olympic silver medallist has now extended the head-to-head record against Ohori to 8-0.

In men`s singles event, Praneeth, who had recorded a comfortable win over World No. 11 Japan`s Kenta Nishimoto in the first round, defeated Kanta Tsuneyama of Japan 21-13, 21-16 in just 45 minutes to progress to the next round.

It was an easy victory for the Indian who will be facing Tommy Sugiarto in the quarterfinals.

However, there was disappointment in other men`s singles match as HS Prannoy, who had knocked out Kidambi Srikanth in the opening round, lost to Rasmus Gemke of Denmark 9-21, 15-21 to crash out of the tournament.

In men`s double event, the Indian duo of Satwiksairaj Rankireddy and Chirag Shetty beat China`s Huang Kai Xiang and Liu Cheng 15-21, 21-11,21-19 in a match that lasted for 53 minutes to reach the last-eight stage.

PV Sindhu storms into second round of Japan Open