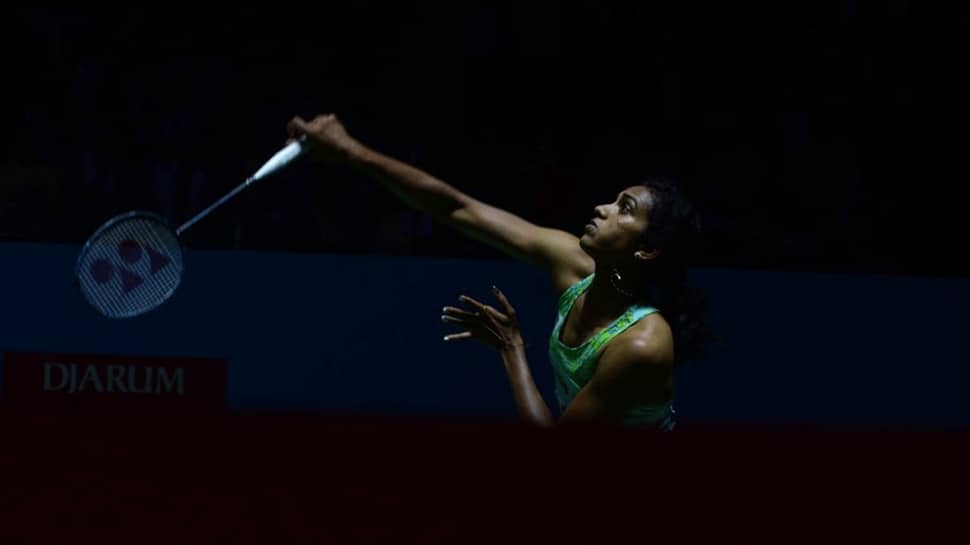 Second seed Sindhu struggled with her consistency throughout the duel as fourth-seeded Okuhara dominated the proceedings to beat the Indian 21-15 21-18 in exactly 50 minutes. It was Sindhu's third disappointment in a final this year following her defeats in the summit clash of the India Open and Gold Coast Commonwealth Games.

Sindhu, who had an ankle strain ahead of the CWG and missed the Uber Cup final, reached semifinal and quarterfinal in her last two tournaments - in Malaysia and Indonesia -before the tournament. World number 3 Sindhu showed glimpses of her best against world number 8 Okuhara, who besides the initial part of the second game, looked in complete control over the proceedings.

Okuhara took no time to get her grip on the match by taking a 6-2 lead in the opening game. Sindhu did not give up and used her long reach to great effect and came up with some aggressive cross-court smashes to reduce the margin to 15-17. But then, Okuhara came up with some really aggressive net play which forced Sindhu to commit unforced errors and the Japanese pocketed four straight points to wrap up the first game in her favour.

Sindhu came out all guns blazing in the second game and showed aggressive intent, along with delicate net play to race to a 5-1 lead. But, some unforced errors and wrong judgements from the Indian allowed the Japanese to pocket five straight points to alter the scoreline to 7-6 in her favour.

Both the players went neck-and-neck thereafter till 14 apiece when Okuhara once again upped the tempo of her game by a few notches to take a 16-17 lead over her opponent. Sindhu, however, was in no mood to give up without a fight as she once again used her long reach to pick up drop shots and came up with some fine cross-court smashes to level the scores at 18 apiece. However, it was not the Indian's day and some bad line calls also marred Sindhu's evening as Okuhara clinched three straight points to pocket the game and the title.

By virtue of the win, Okuhara took a 6-5 head-to-head win-loss record over Sindhu.

The last time the duo met at the All England Championships, it was the Indian who prevailed over the Japanese.