Saina Nehwal crashes out of Korea Open 2019 in first-round 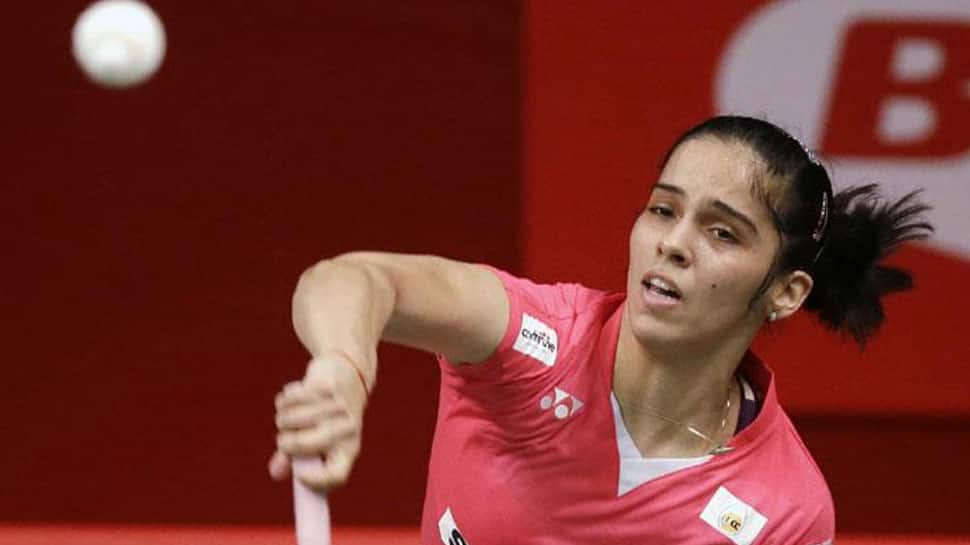 Incheon: India's star shuttler and London Olympic bronze medallist Saina Nehwal crashed out of the ongoing Korea Open 2019 championship in Incheon on Wednesday. She was knocked out of the tournament after facing a 19-21, 21-18, 8-1 loss to Kim Ga Eun of South Korea's in a first-round.

The 29-year-old had to retire midway through the third game, making way for Kim to reach the second round.

The current world number eight won the first game, but a strong comeback from Kim during the second and third game helped the South Korean secure a spot in the next round.

Saina had a 2-0 head-to-head record against Eun in their previous matches.

With Saina’s exit, India’s challenge in the women’s singles event has also come to a disappointing end.

Saina has had a tough year owing to injuries.

She won the Indonesia Open at the beginning of the season but has struggled since then. At the China Open Super 1000 event last week, she made a first-round exit.

Saina has consistently failed to regain her top form this season following a spate of injuries which has bogged her down. The London Olympic bronze medallist had suffered a first-round defeat in the China Open as well last week.

The former world No 1 Nehwal was beaten 10-21, 17-21 by World No 19 Busanan Ongbamrungphan in a match that lasted over 44 minutes. It was Nehal’s second successive defeat to the Thai player.

In a major disappointment for the sports lovers,  Nehwal's compatriot PV Sindhu also lost 21-7, 22-24, 15-21 against United State of Ameria's Beiwen Zhang in a first-round too.

Meanwhile, in the men's singles, Parupalli Kashyap cruised past Taiwan's Lu Chia Hung 21-16, 21-16 in a first-round match of the Korea Open.