The Mumbai-born special player is training at the famed P Gopichand Badminton Academy for the past one month honing her skills for the Para Asian Games to be held in Jakarta in October. 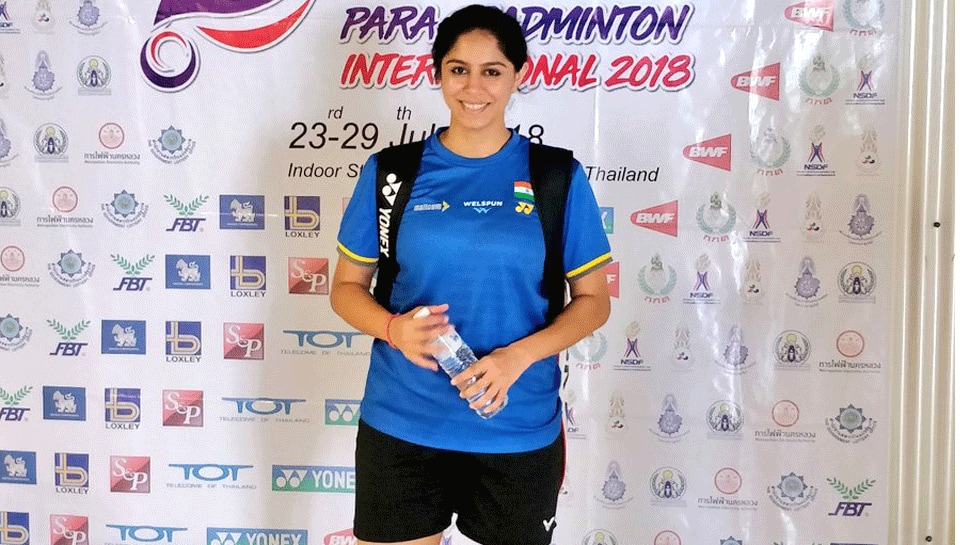 HYDERABAD: Losing a leg in a road accident did not deter a 29-year old Manasi Joshi from pursuing her badminton dream, as she aims for glory at the forthcoming Para Asian Games in Indonesia.

The Mumbai-born special player is training at the famed P Gopichand Badminton Academy for the past one month honing her skills for the Para Asian Games to be held in Jakarta in October.

Joshi lost her leg in a road accident in December 2011, but that did not deter her from pursuing her dream."I have been playing badminton since childhood. So, I picked up the sport again after the disability," she told PTI.

Joshi got herself a prosthetic leg and began competing in various badminton tournaments, representing the country since 2015, and has won medals too.

Joshi feels it's a slow process to practise badminton with a prosthetic limb, as the body needs to adapt to it. She said people in the institution help her in training. "I have been enjoying my days here," she added.

Joshi said the prosthetic limb she uses is an expensive one and hoped the government would help her with a subsidy. The prosthetic limb, which costs about Rs 20 lakh, needs to be replaced every five years and it is definitely a burden even on the rich in the country, she said.