Rankireddy and Shetty rebounded strongly from the second game down against the Korean pair of Choi Solgyu and Seo Seung Jae to eventually seal a 21-17, 17-21, 21-19 triumph in a thrilling last-eight clash that lasted exactly one hour. 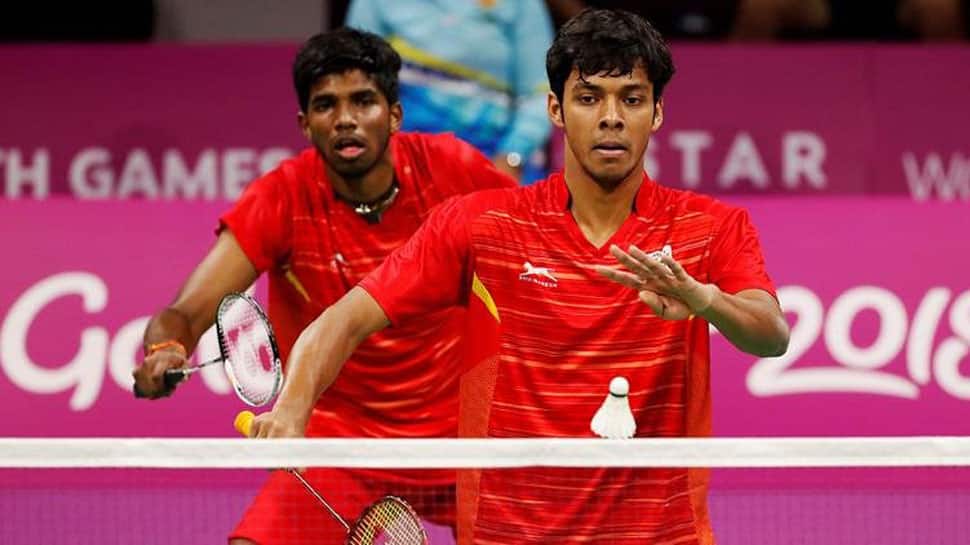 Indian duo of Satwiksairaj Rankireddy and Chirag Shetty will look to book their place in the summit showdown of the ongoing Thailand Open BWF Super-500 Tournament when they head into the semi-final clash of the men's doubles event at the Indoor Stadium Huamark in Bangkok on Saturday.

On Friday, Rankireddy and Shetty rebounded strongly from the second game down against the Korean pair of Choi Solgyu and Seo Seung Jae to eventually seal a 21-17, 17-21, 21-19 triumph in a thrilling last-eight clash that lasted exactly one hour.

The Indian pair will now square off with Korea's Sung Hyun and Shin Baek Cheol for a place in the final of the tournament. Hyuin and Cheol had earlier brushed aside the Chinese team of Huang Kai Xiang and Lio Cheng  14-21, 21-19, 21-17 in their quarter-final clash.

Earlier, B Sai Praneeth and the mixed doubles pair of Rankireddy and Ashwini Ponnappa slumped to defeats in their respective quarter-final clashes of the Thailand Open.

Praneeth, who made it to the semi-finals of the Japan Open last week, failed to continue his rich vein of form in the tournament so far and went down fighting against seventh seed Kanta Tsuneyama 18-21, 12-21 in the last-eight clash to end India's challenge in the men's singles event.

Meanwhile, Rankireddy and Ashwini Ponnappa crashed out of the Thailand Open after suffering 13-21, 15-21 defeat against third seeds Yuta Watanabe and Arisa Higashino of Japan in an encounter that lasted just 28 minutes.