The memorial service follows a series of Bryant tributes since he perished with his 13-year-old daughter, Gianna, and seven other people aboard a helicopter that slammed into a hillside in foggy weather near Los Angeles on January 26 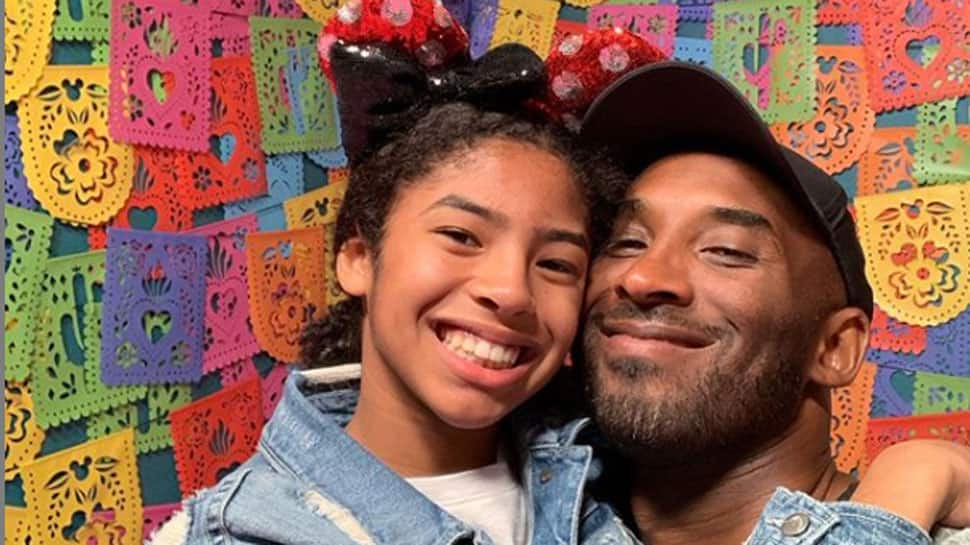 Los Angeles: Los Angeles Lakers great Kobe Bryant, killed with eight others in a helicopter crash last month, will be honoured at a public memorial service planned for February 24 at the Staples Center, the team`s home arena and the scene of many of his greatest basketball triumphs, the Los Angeles Times reported.

The newspaper, citing sources familiar with the event, said the date for the ceremony was selected in consultation with Bryant`s widow, Vanessa, the Lakers organization and the Staples Center.

There was no immediate comment from the Lakers or Mayor Eric Garcetti`s office in response to inquiries from Reuters about the report.

Planning for the event is underway, according to the Times, but there were no details of what the memorial might entail.

The Times cited one source as saying the event would not include a procession and would be over in time to allow a previously scheduled NBA game between the Los Angeles Clippers and Memphis Grizzlies to go forward as planned.

The memorial will fall between two Lakers home games, one against the Boston Celtics and another against the New Orleans Pelicans, the newspaper said.

Otherwise, the Times said, no information was immediately available about the precise timing of the event or tickets, but it said seating is expected to be limited. The arena`s seating capacity is normally about 20,000.

The memorial service follows a series of Bryant tributes since he perished with his 13-year-old daughter, Gianna, and seven other people aboard a helicopter that slammed into a hillside in foggy weather near Los Angeles on January 26.

Bryant, who was 41, retired from the National Basketball Association in 2016. The 18-time all-star was on his way to a youth sports academy for a girls basketball tournament his daughter was scheduled to play in at the time.

The death of the five-time NBA champion, one of the world`s most admired sports figures, unleashed an outpouring of grief and tributes from fans, fellow athletes and politicians around the globe.

Tens of thousands of fans flooded the grounds around the Staples Center last week ahead of the Lakers` first game since Bryant`s death. Many others have made pilgrimages to the suburb of Calabasas, about 40 miles (64 km) northwest of Los Angeles, to view the crash site from a distance.