The Bhim Army also announced that it will field a candidate against Union Minister Smriti Irani. 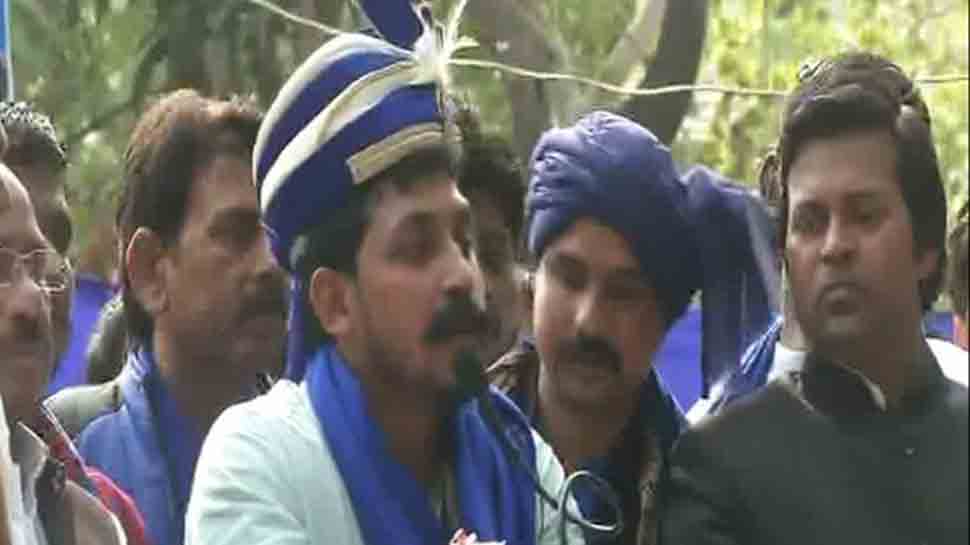 New Delhi: Bhim Army chief Chandrashekhar Azad on Friday said that the Bhima-Koregaon violence can recur if the Constitution is tampered with. Azad was addressing a Hunkar rally in the national capital on Friday when he said,

Azad also announced his decision to contest the Lok Sabha election against Prime Minister Narendra Modi from the Varanasi seat and urged the Samajwadi Party-Bahujan Samaj Party alliance to support him. The Dalit leader also announced its support to SP-BSP on all 79 seats they are contesting in Uttar Pradesh general assembly elections.

"I will challenge Narendra Modi in Varanasi. To protect the Constitution and the rights of Dalits. I do not want to become an MP or MLA. Had that been the case, I would have chosen a reserved seat," he was quoted as saying by PTI.

"After the prime minister came to know that we are going to challenge him in Varanasi, he started washing the feet of sanitation workers in Allahabad," he added.

"We will send out a message to workers of Bhim Army to work hard to defeat the BJP. I will contest against Prime Minister Modi and defeat him. The whole Bahujan community is with us. I will teach him a lesson," he added.

The Bhim Army also announced that it will field a candidate against Union Minister Smriti Irani.

On Wednesday, Congress general secretary Priyanka Gandhi met the Bhim Army Chief at a hospital in Meerut, where he was hospitalised, thus, triggering all political curiosity. Azad was admitted to a hospital after he fell ill after police detained him for allegedly violating the poll code of conduct by taking out a 'Bahujan Hunkar' bike rally in Saharanpur, on the occasion of the birth anniversary of Kanshi Ram, the founder of BSP.