Aamrapali can be seen striking a pose with her BFF Rani and the two actresses look gorgeous! 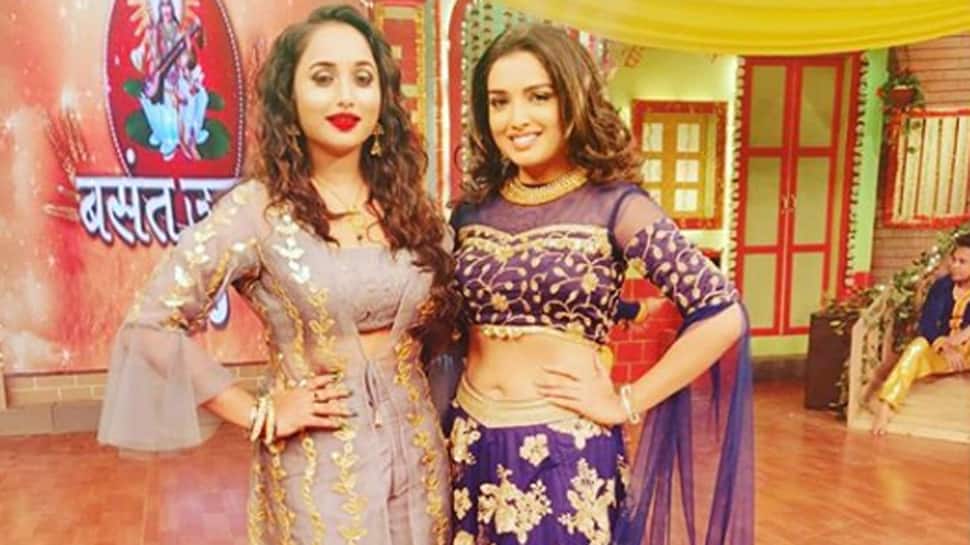 New Delhi: Bhojpuri actresses Rani Chatterjee and Aamrapali Dubey are known to be good friends and often share pics and videos together. Both of them have a massive fan-following and are quite active on social media. Fans adore the two actresses and flood the comments section with compliments, as soon as they upload a new post.

In her latest Instagram post, Aamrapali can be seen striking a pose with her BFF Rani and the two actresses look gorgeous!

The caption of the pic is, “Basant utsav 2019 with the magnificent @ranichatterjeeofficial”

The same pic has been shared by Rani as well. She has captioned the pic as, “With beutyfull and yess I have to say..super fitt..... proud of you.... #bhojpurihot #actress #hotshot”

Coming to Rani, the actress forayed into Bhojpuri film industry in 2004 with 'Sasura Bada Paisawala'. It featured Manoj Tiwari in the lead and was directed by Ajay Sinha. The film turned out to be a blockbuster hit at the Box Office and was also the highest grossing Bhojpuri film that year.