Vindhyavasini temple is one of the most revered Shaktipeeths in the country. She is also known as Kajala Devi and Goddess Kali is worshipped in the form of Vindhyavasini Devi. 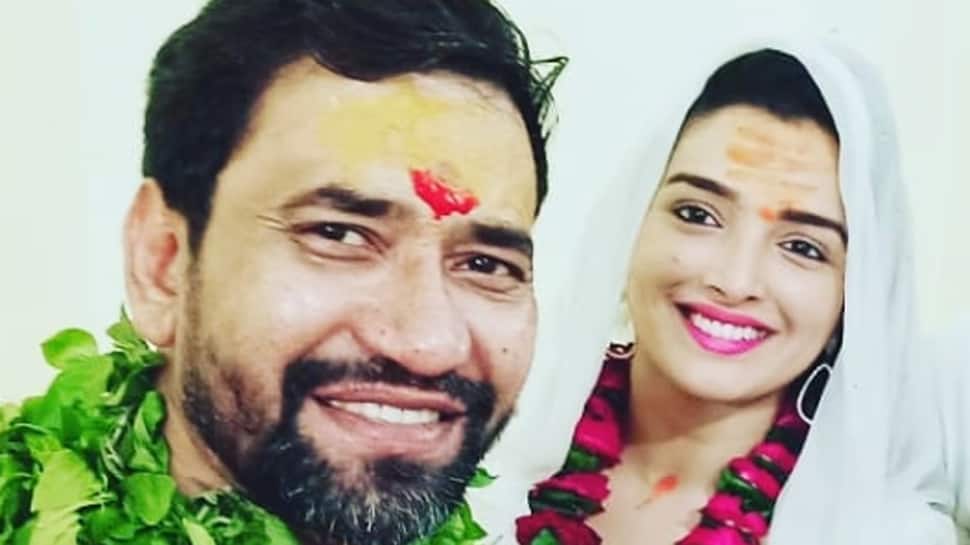 Aamrapali was also accompanied by her family members for the devotional visit. The actress took to her Instagram account and shared pictures. Check it out here:

In fact, Nirahua also posted a picture after his visit to the Goddess Temple. Check here:

The actress is a devout follower of the goddess as she previously visited the temple during 9-day long Navratri festival in April this year.

It is believed that Maa Vindhyavasini is Goddess Durga or Mata Amba's benevolent form. There are two major temples dedicated to Maa Vindhyavasini—one in Vindhyachal, near Mirzapur, on the banks of river Ganges in Uttar Pradesh—and another one in Bandla, Himachal Pradesh called the Bandla Mata Temple respectively.

Vindhyavasini temple is one of the most revered Shaktipeeths in the country. She is also known as Kajala Devi and Goddess Kali is worshipped in the form of Vindhyavasini Devi.

She derives her name from the Vindhya range—the one who resides in the Vindhya—therefore, Vindhyavasini. As per popular beliefs, it is said that the goddess chose to reside at Vindhyachal after she was born whereas other Shaktipeeths came into being at places where Goddess Sati's body parts fell.

Besides Vindhyavasini Devi, there is another temple dedicated to Goddess Mahasaraswati named as Ashtbhuja Temple which is located almost 3 km from a hillock and a Kali Temple inside the cave known as Kali Khoh temple.

It is said that these three temples must be visited to complete a ritual called Trikolan Parikrama.

In Pokhran, Nepal, there is another temple dedicated to the goddess.

Well, coming back to Aamrapali and Nirahua. Together they have featured in a number of hit films and continue to rule the hearts of the masses. Their on-screen chemistry is loved by one and sundry.