DOP Triloki Chaudhary and music director S Kumar and EP Shams have added their expertise to the project. 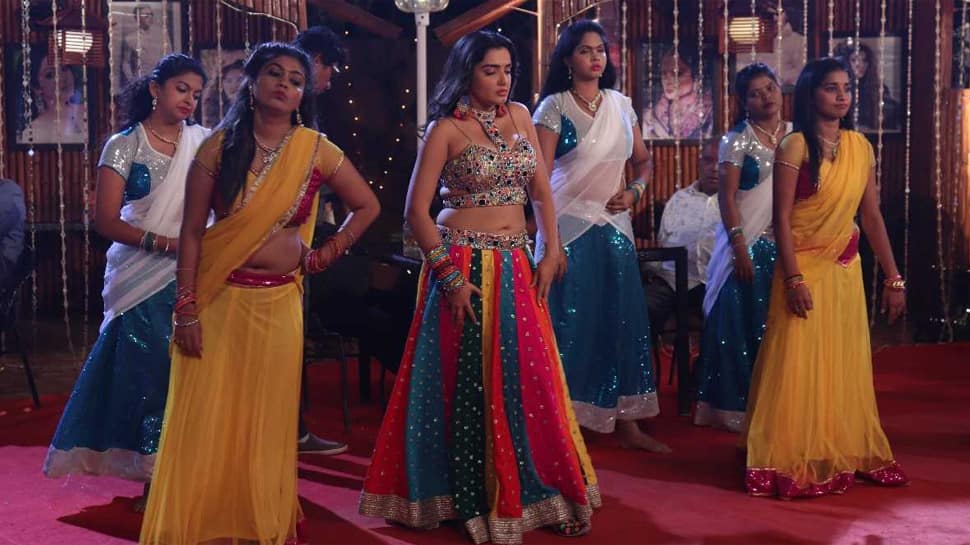 New Delhi: Bhojpuri top actress Aamrapali Dubey is known her for superhit track record at the Box Office. Besides her hit films, it's her chartbuster dance numbers which hog the limelight. Fans love to watch her dance on-screen and that's the reason why a special dance song has been incorporated in the movie 'Kajal'.

YouTube queen Aamrapali shot with actor Aditya Mohan. With the song, the shooting of 'Kajal' has also been completed. The actress revealed that the song featuring her in the movie is excellent and also praised the entire album. She added that 'I hope the film does amazing business and achieves a milestone'.

She revealed that while she was shooting for 'Gabru', the makers of 'Kajal' came up to her with the offer to do a special dance song for the film to which she happily agreed.

Bhojpuri youth sensation Kajal Raghwani has also shot a special item number for 'Kajal'. On this Aamrapali said, "Sometimes you need a prominent face to attract audiences. This is because even if the script is good if there is no big face on the film poster, people might not go to watch it. Therefore, Kajal and I have done special songs in it and hopefully, this will help the project in a good way."

'Kajal' actor Aditya Mohan is confident that nothing can stop his film from becoming a superhit at the Box Office.  It is directed by Brijbhushan and stars Kajal Yadav in the lead role. Besides, Pushpa Shukla, Shams Aagaz, Uday Srivastav, Dilip Sinha, Harshit, Girish Sharma and Mridul Kumar Sharan play pivotal parts.

DOP Triloki Chaudhary and music director S Kumar and EP Shams have added their expertise to the project.