Vindhyavasini's temple is one of the most revered Shaktipeeths in the country. 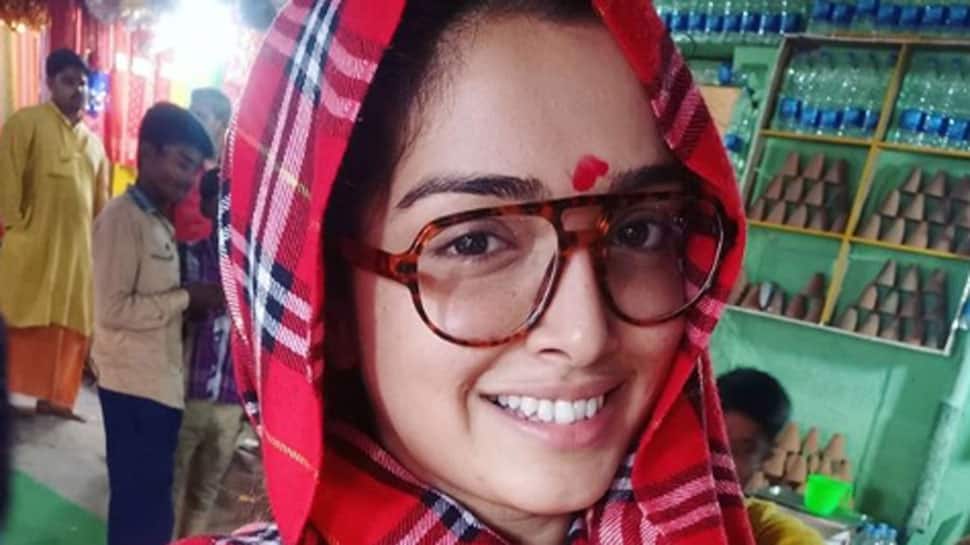 New Delhi: One of the top Bhojpuri actresses, Aamrapali Dubey recently visited the famous Maa Vindhyavasini temple. She took to her social media handle and shared the pictures with fans. The leading lady posed with her father and sought blessings from the goddess.

Looks like the actress is a staunch believer of the goddess as she decided to visit and seek her blessings during the auspicious occasion of 9-day festival Navratri.

Maa Vindhyavasini is Goddess Durga or Maa Amba's other form. There are two major temples dedicated to Maa Vindhyavasini—one in Vindhyachal, near Mirzapur, on the banks of river Ganges in Uttar Pradesh—and another one in Bandla, Himachal Pradesh called the Bandla Mata Temple respectively.

Vindhyavasini's temple is one of the most revered Shaktipeeths in the country. She is also known as Kajala Devi and Goddess Kali is worshipped in the form of Vindhyavasini Devi.

She derives her name from the Vindhya range—the one who resides in the Vindhya—therefore, Vindhyavasini. As per popular beliefs, it is said that the goddess chose to reside at Vindhyachal after she was born whereas other Shaktipeeths came into being at places where goddess Sati's body parts fell.

Coming back to the actress, she donned a traditional look and posed with her father.